There are times when we find certain names harder to pronounce than others. Maybe ethnic names, cultural names or names with more than a few syllables. Names we have never heard of that make us stop and wonder if we’ll ever get the pronunciation down pat.

I was born Mabel Kwong in Australia to Chinese-Malaysian migrant parents. Or Kwong Li Teng (lee ting/lì tíng, 丽婷), Mabel – that’s how my name is written on official documents in Malaysia and Singapore. While the first-middle-last-name convention is standard in the Western world, surname/cultural names usually come first before first names in Chinese culture – think last-first-name or first-last-middle-name conventions in a culture where family and seniority are esteemed. 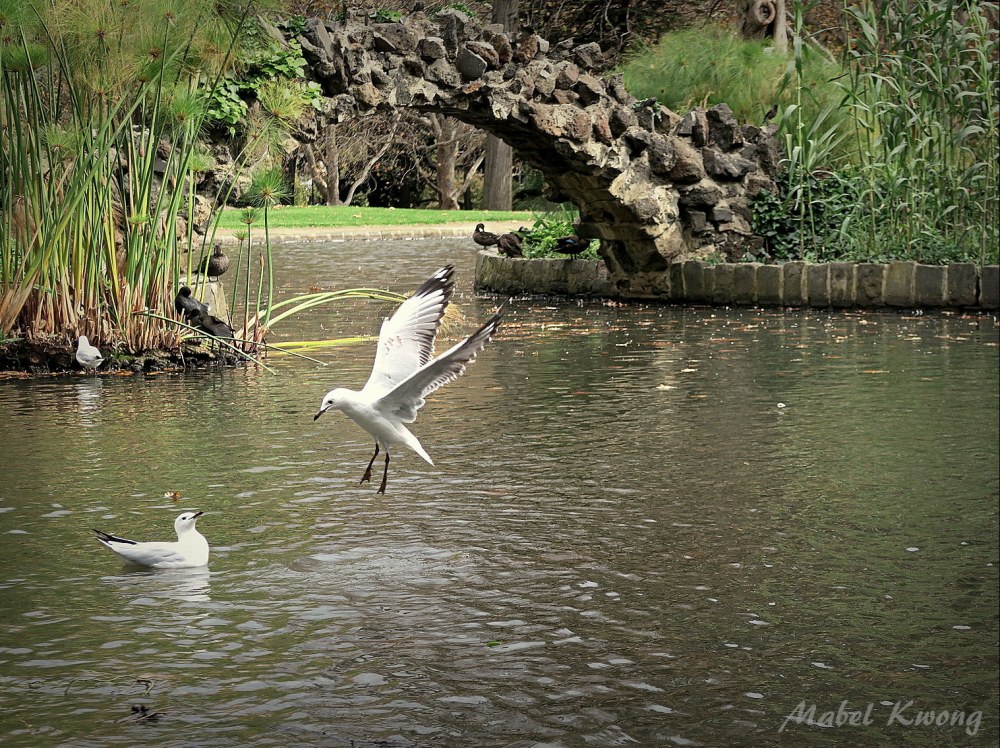 Excuse me. What did you call me? A name, no matter how unique or mundane, says a bit about ourselves | Weekly Photo Challenge: Door.

Although I go by Mabel in professional and social settings, I’ve encountered numerous people who are convinced that that’s not my real name, lumping me in the same boat with those going by non-Anglo names. Sometimes these instances are annoying. Sometimes there is more to these instances than meets the eye.

It was a 10am graduate tutorial at university. The first tutorial for a subject dissecting theories surrounding audience reception. I stared at my opened notebook on the table, sleepy eyes opening and closing, opening and closing. The tutor rattled names off the attendance list. Emily. Jack. Lok. Min…

Sometimes it’s frustrating bearing an ethnic name because people pronounce it wrong more times we can count; we’re made to feel a bit of a freak. Sometimes the more they say our ethnic name, attempting different variations, the more it sounds ridiculous. But props for persisting, trying to get it right.

“Kim,” the lecturer called out in her Malaysian accent. She made a mark on the sheet in her hand. “Lee Tin.” Silence. My heart felt as if it skipped a beat. Been a while since I heard my Chinese name. Is she really calling me? I’m…a tin can?

The case of mistaken identity tends to follow those of us with cultural names. In Australia, at times there’s the mentality we’re from “somewhere” if we have a non-Anglo first, middle or last name. Sometimes this is true, other times not so…

…one afternoon during my last semester of undergraduate studies, I knocked on my lecturer’s door, ready for a chat about graduate programs in Applied Mathematics. A broad smile stretched across his wrinkled, fair Caucasian face, he greeted me, “Kwong…Kwong! Hong Kong, right?” I forced a smile. “Mabel. Australia, actually.”

Sometimes the more someone tries to get our name right, the more we feel embarrassed.

Having a cultural name or a name others generally find hard to say, at times we feel stripped of who we are. When others automatically assign us an abbreviated name they can pronounce, we come to question who we really are, and who we are not. “Lee Tin!” The name reverberated around the tutorial room for the third time. Suppose that’s a version of me….

I raised a hand and put on a polite voice. “Did you mean Mabel? It’s Leee Tiiinng. But I go by Mabel.” The lecturer looked at me with bespectacled eyes, looked down at her list. “Mabel,” she said, and finished marking attendance and started the class.

Mabel, as it has always been. Mabel, as everyone in Australia calls me. I leaned back in my chair, relaxed. About right. About time. Time. The last time someone called me by my ethnic name was…back in Malaysia and Singapore years ago, when my teachers there read out my name in full from the attendance lists. 丽婷. Nothing more than a hazy memory at the back of my mind now it seems…

There’s every chance someone hasn’t heard our name before, is unfamiliar with how it’s pronounced and so can’t wrap their tongue comfortably around each syllable. But there’s also every chance someone can’t be bothered making the effort when it comes to (repetitively) learning how to pronounce ethnic names correctly.

Ethnic. A word connoting cultural hierarchies, often referring to minority groups in the West. In Australia, adopting an Anglo name over an ethnic one on resumes might give one an edge when it comes to finding work – ethnic names are deemed inferior. Can an Anglo demographic be classed as ethnic? Can a white person’s Christian name be classed an ethnic name? Arguably no reason why not depending on one’s perspective.

Sometimes names divide us as beings in this world.

Growing up, my parents called me Mabel, never 丽婷. But as a kid, my mum made me write and pronounce 丽婷 until I perfected forming the shape of these Chinese characters and articulated the tones exactly how they sound. I didn’t resent these repetitive lessons though, remembering them like they happened yesterday. However, never have I once thought my Chinese name matched my personality: “beautiful and graceful” as it loosely translates to and I’m klutzy by nature. Moreover, time and time again, Chinese names are given because they sound poetic and roll off the tongue nicely; the meaning behind the given names is secondary.

Each and every day, our name rarely defines our achievements. As writer Hsin-Yi Lo said, our name can’t stop us from achieving. Ultimately, the ways we act and carry ourselves leave lasting impressions: giving an inspiring speech to an appreciative audience who might not have paid attention to our introduction. Getting the attention of someone we fancy from a distance just by using eye contact.

We are more than our name, yet perhaps our name completes the person we are. Our name, inscribed onto our being on our first days in this world, is an infallible marker of our identity and a door to our soul. Our name is nature, an extension of ourselves we’re comfortable with or at least a part of ourselves which we get used to at some point. A part of ourselves we surrender when making connections and striding out into the big, bad world. As writer Haruki Murakami suggested:

“They say a name expresses the things it stands for, but I wonder if it isn’t the other way round – the thing gets more and more like its name.” 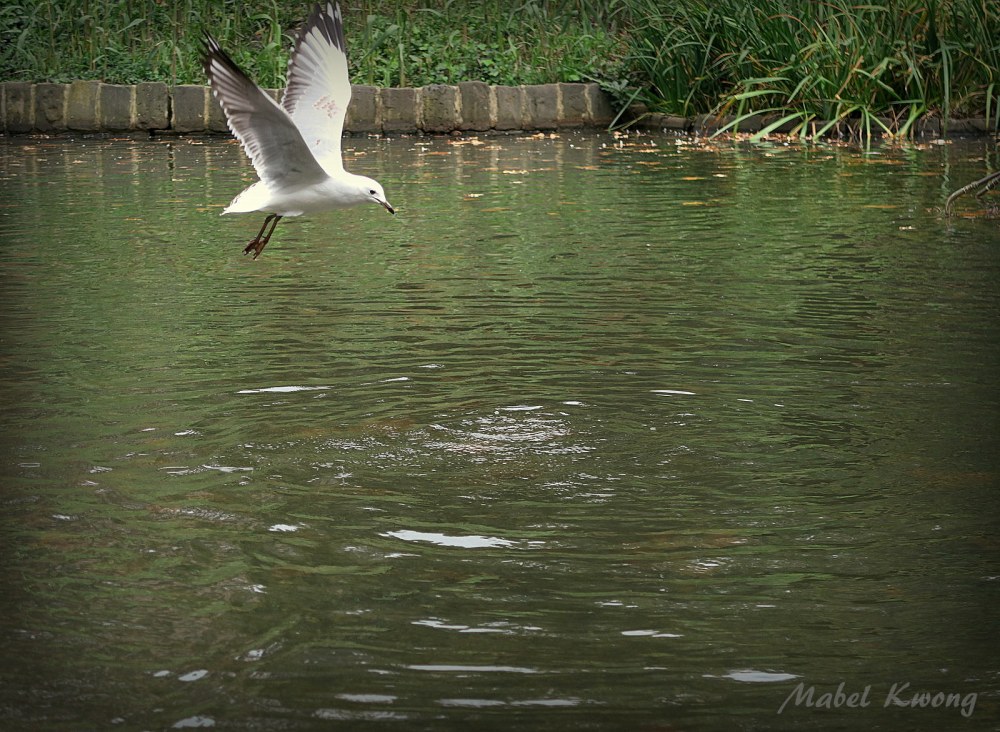 Learning to embrace our name, we fly high.

Whether unique or different than most, each name is embedded with tales of the past and symbolic of moments in time. An “ethnic name” might make us stand out; we might be proud of it or brush it aside constantly. But at the end of the day, either way ethnic names remind us of a life we’ve lived, the shoes we’ve walked in. Remind us of the essence of what makes us, us – our values and where we stand in the present.

Our ethnic name. Our first, middle and last names. No matter the inconveniences our names may bring, they carry pieces of treasured cultures, pieces of cultures that stick with us for a while to come because we, treasure them.

Do others find your name hard to pronounce?