The recent rise in Asian hate crimes is alarming. Amidst the COVID-19 pandemic, many Asian communities are facing a lot more racist attacks and discrimination, fearing for their safety.

Asian-American health workers have been spat on and accused of spreading the ‘Chinese virus’ in the US. Six Asian women were killed in the Atlanta spa shootings this year. In New York, an elderly Asian woman was kicked on the streets as bystanders watched on. 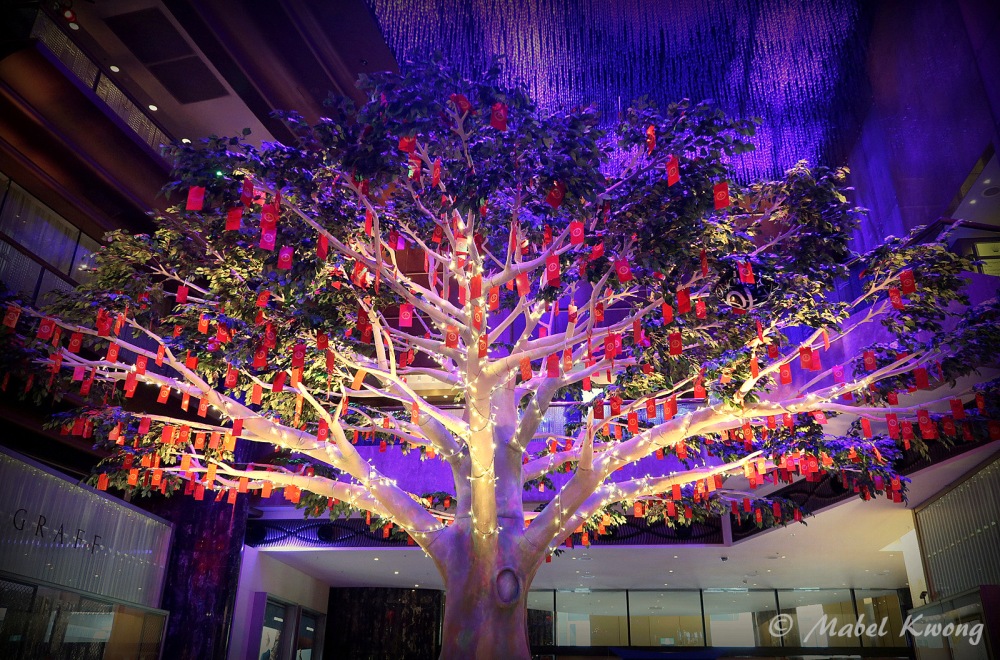 Such harassment has also been felt here in Australia. 8 out of 10 Asian Australians reported facing discrimination during the pandemic. Chinese Australians experienced verbal and physical assaults going about their day.

One of the countless racist incidents I encountered last year in Melbourne as an Asian Australian stands out to me. This happened just as Melbourne was coming out of seven months in lockdown. It was yet another occasion where someone got away with being racist.

I remember this incident happened on a tram heading out of the city. I stood idly in the tram, my heavy bags of groceries at my feet, waiting for the tram to get moving. Just another weekday.

A resounding banging noise jolted me out of my mindless afternoon reverie. Glancing towards the doors, a raggedy Caucasian man in a tattered white singlet and baggy shorts shoved and shoved a heavy duty hand trolley against the stairs, trying to get on. He grunted, the trolley loaded with massive utility cases. Not exactly an unusual sight in Melbourne.

Racism towards Asians is nothing new. In Australia, the 1800s gold rush eras saw discontent towards Chinese immigration and interracial Anglo-Asian relationships. The White Australia Policy in 1901, which was later abolished, restricted this tide of immigrants.

The pandemic has no doubt incited more brazen attacks and micro-aggressions towards people of Asian background around the world. Racism is going nowhere and its consequences gives reason to stand up, speak up and stop Asian hate now. 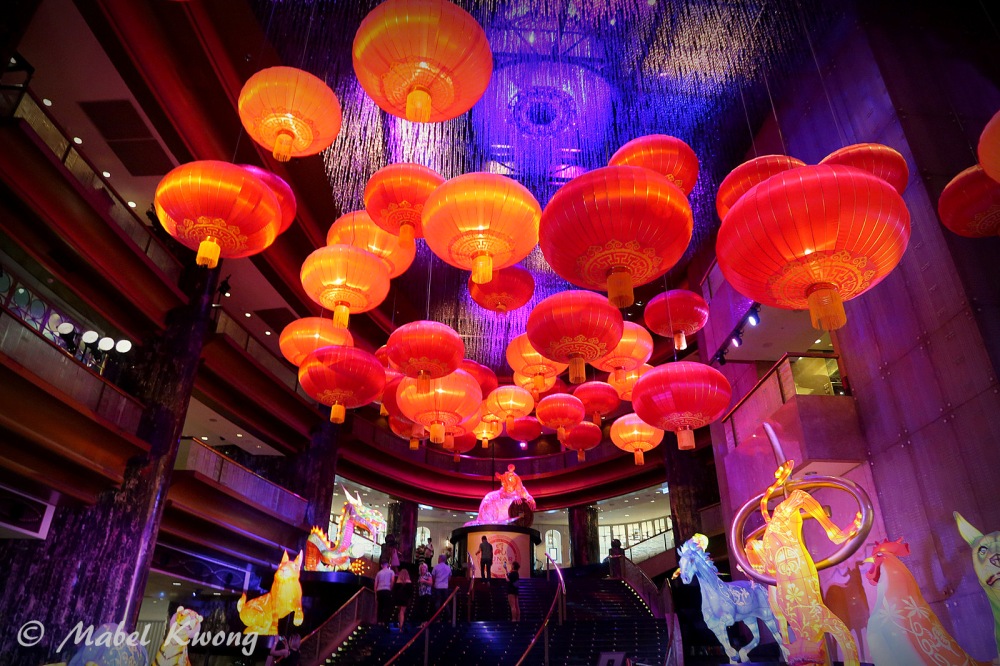 Asian hate and racism almost never ends well. Such hatred results in lives lost or death by discrimination. Some are lucky to make it home alive or not lose a loved one after a racist attack.

If you’re a victim of such an attack, your life may change and get affected in the short and long term. The senseless racist attacks of late have upended some to hospital. Research by Harvard University found people get higher blood pressure when they regularly experience discrimination.

I remember one of the passengers on the tram was a young Caucasian man. Without a word he got up from his seat and tugged at the trolley. After multiple tugs, the trolley thudded onto the tram. The doors shut and the not-so-packed tram pulled away from the city hustle and bustle.

The raggedy Caucasian man panted from the effort of getting on, leaving his gigantic trolley blocking the doors. He paced up and down the length of the moving tram.

‘If you’re Asian don’t look at me!’ The raggedy man yelled, loud enough for everyone on the tram to hear but to no one in particular.

‘If you’re Asian don’t look at me!’ he yelled again, pacing. The hatred of a phase lingered in the silent tram. Outside the tram wheels rumbled and squeaked.

When someone discriminates against other cultures, they are usually aggressive, intimidating and are a bully. This kind of bigotry xenophobic behaviour can linger with hate-crime victims, taking a toll on their mental health.

When you get attacked for your culture or the way you look, chances are you get nervous going about living your life. You look over your shoulder knowing you could be a target any time, any day – and perhaps wonder if it’s your fault that you are a target. 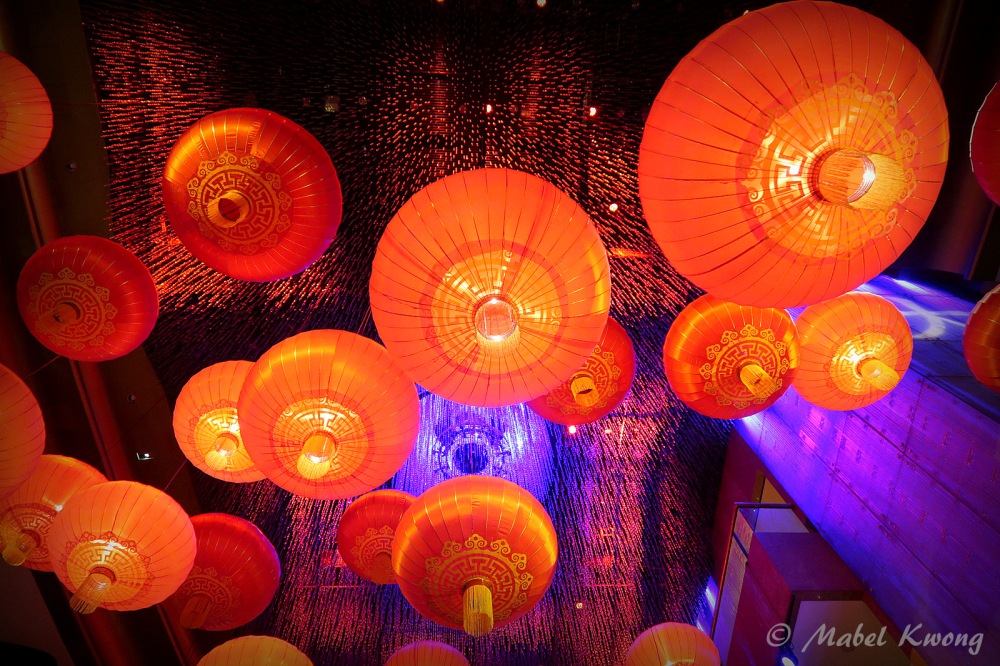 The more Asian hate goes on, the more white privilege is the accepted norm and whiteness seen as the superior. The more nothing is done to stop Asian hate crimes, the less minority groups have a say and the less they are taken seriously.

White superiority brings challenges for people of colour in the Western world. If you’re Asian, this includes struggling to climb the corporate ladder. Always getting singled out by the police. People assuming you don’t have an opinion when you’re quiet.

Not every Caucasian is racist and many mean well, even wanting to change racist behaviours they might have. However white privilege exists unspoken and unconsciously on a large scale. Not everyone with white privilege realises they have white privilege – and that is part of the problem when addressing racism.

I remember the tram pulled up at the next stop. The doors opened. No one got on or off.

The raggedy man continued his verbal outburst, pacing without breaking stride within the narrow confines of the tram. The doors shut and the tram moved off through the quieter parts of town.

When people keep getting away with committing Asian hate crimes, the more western ideals are the ideals to aspire to. Most people of colour don’t want to get racially abused every other week. Whitewashing your persona is a way to somewhat fit in. 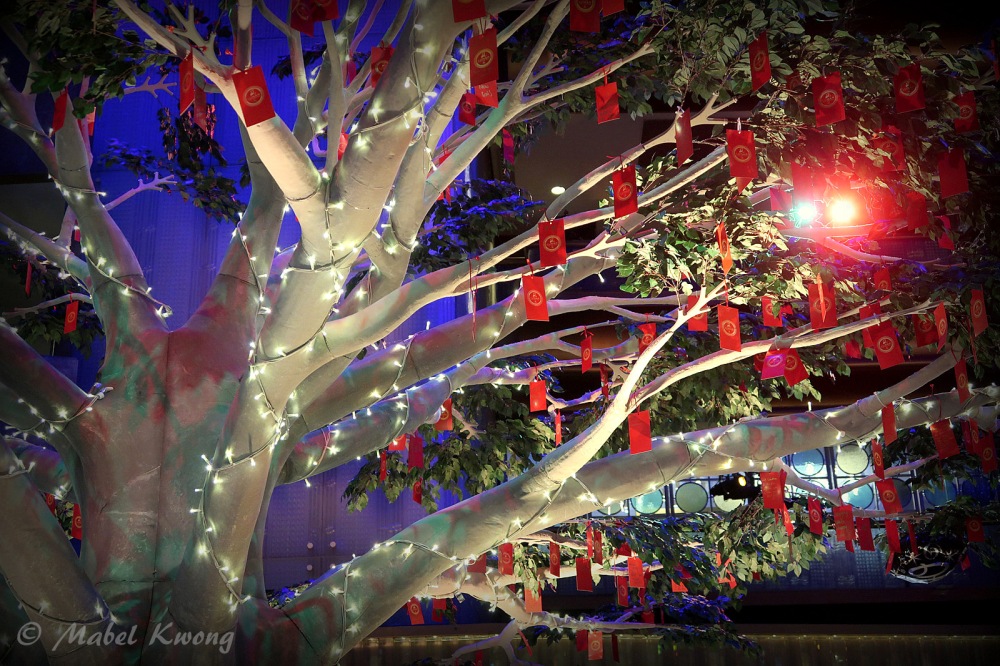 Moreover, the more Asian hate crimes continue, the less cultural differences are accepted and respected. And there’s so much to be learnt from differences.

It’s not a crime when people of colour silently adopt a western persona to assimilate. It’s a personal choice. But when you live a life adopting another’s cultural traits, a part of your cultural identity can fade away – or at least becomes invisible instead of celebrated wherever you are.

I remember no one else said anything amidst the palpable punctuated silence on the tram. The raggedy man kept up his tirade like a well-oiled record-player, paying no attention to his trolley wobbling in sync with the motion of the tram. Truth be told, he looked high on something and made eye-contact with no one.

The young chap who helped him get on sat in his seat, staring out the window at the passing blooming spring trees. The Caucasian mother-daughter pairing standing across from me stared into thin air. Likewise the dark skinned girl in a hijab beside them stared into space.

As an introverted Asian Australian who likes keeping to myself, I too said nothing. And if I did say something in my non-Aussie, very much Asian accent, I’d probably be asking for trouble. 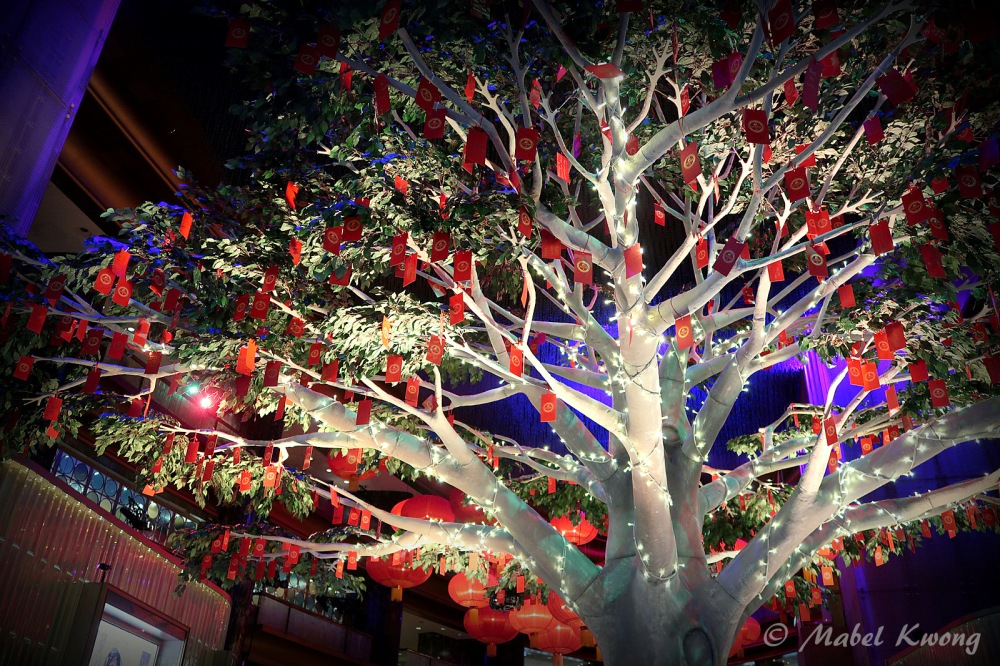 Standing up for yourself and others

Racism has been ingrained in society for centuries. Charles Darwin’s concept survival of the fittest arguably constructs early theories of racism. Eons ago individuals competed against groups for food in the wild. The ‘fittest’ tended to be those who survived with their characteristics and produced offspring. In her article Roots of Racism, Elisabeth Culotta suggests in-groups and out-groups have constantly been defined through notions of love or lack thereof, perpetuating the ‘us’ and ‘them’ mentality.

In line with the psychology of racism, people are racist for different reasons: lack of security. The desire to protect one’s needs. Poor mental health and more.

There are similar motivations behind hate crimes. Some Westerners commit hate crimes to defend what’s important to them, getting more violent when they feel a person of colour is ‘invading’ their cultural turf.

Times have been challenging during the pandemic. People want certainty, so they pick on someone ‘different’ to justify what’s going on. But that never solves anything and creates more problems.

Racism also arguably stems from structures of the past and present. From a cultural studies perspective, cultural theorist Stuart Hall adopts conjunctural analysis as a way to understand the formation of racism – suggesting it’s a result of different intersecting forces, institutions and ideologies. Also, Hall writes cultural hegemony is never pure victory but a shifting balance of power. That is, racism and cultural hierarchies can’t be erased across different arenas overnight, if not ever. 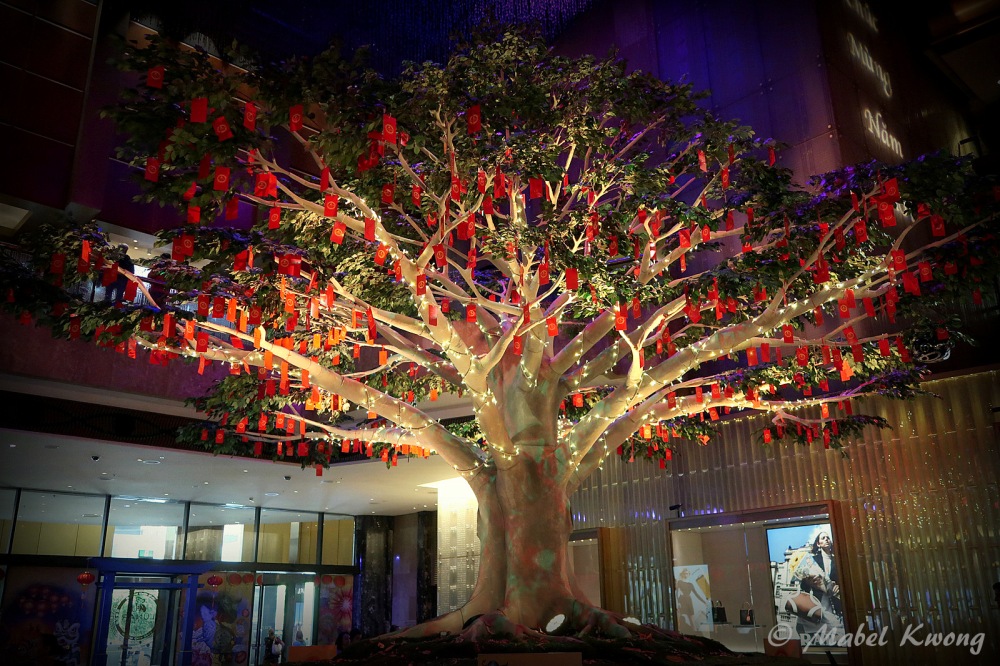 There are different ways to stand up to racism. You might be comfortable using a certain platform to express your thoughts on racial discrimination and do so when you’re ready. Intervening in a racist attack is admirable but not always wise. Your safety comes first. There’s no shame in running from a racist situation as a victim or thoughtful helpless bystander if you feel threatened.

Signing petitions is a start to get the attention of the status quo. Talking about your racist experiences and sharing them on social media highlights hate exists. You can report racial abuse to the police – however it might not get taken seriously as racial hate crimes are normally seen just as ‘public nuisance’.

Interestingly enough, experiencing Asian-hate can be a double-edged sword. As an Asian person in the West, racism hurts but it also forces you to confront the emotional baggage of what being Asian means: are you more than the model minority myth? Do you believe in Asian values? Will you ever feel belonging in the Western world and motherland? Where is home?

Being proud of your Asian identity gives us Asians certainty to fight racism. When you are proud of who you are, you are more willing to fight for your rights and look out for others.

‘Identity is always a never-completed process of becoming – a process of shifting identifications, rather than a singular, complete, finished state of being.’ 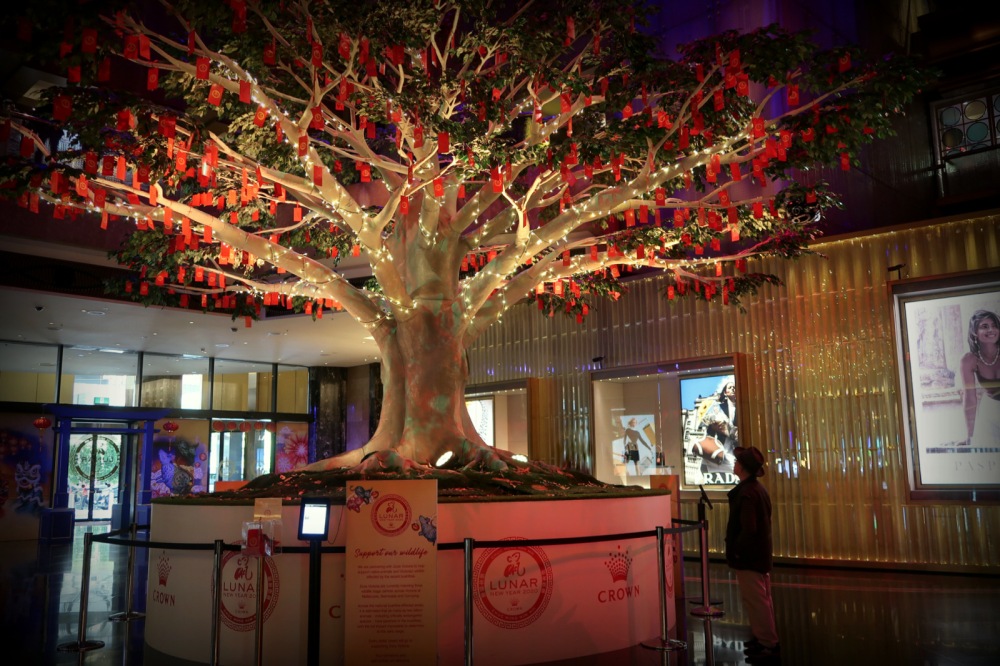 Having grown up in Australia, and later Malaysia and Singapore, I constantly find myself transitioning between Chinese communal values and a Western individual-focused mindset. I’ve copped racism from white people and racism among my own race by being myself, embodying stereotypical and non-stereotypical Asian traits. But that doesn’t stop me from being a proud Asian woman.

I’ll never forget the tram approached my stop. Still the raggedy man kept up his tirade. Still everyone else was silent. Was anyone afraid of this raggedy man? You’ll probably never know. Sometimes you never know unless something changes.

The tram stopped with a screech and the doors opened. I grabbed my grocery bags off the floor, just as the raggedy man yet again strode too close for my liking with an earful of resentment.

With bated breath and hasty steps, I sidestepped the gigantic trolley. I got off the tram and watched it rumble out of sight. For a brief moment I wondered if everyone else got off without incident. Then with grocery bags weighing firmly in my hands, I ardently strode across the empty road to my next destination, wherever that may be. Just another day in Melbourne.

There’s much to be learned from racism and hate crimes, especially learning to respect each other’s differences. It’s time the world learned these lessons today.

Have you experienced racism or hate crimes?