India is one large, unique country. It is located above the equator, forms a part of the Himalayas and borders Nepal, Pakistan and China.

India is also culturally expanse, comprising of thousands of ethnic groups, languages and traditions. Its culture has a strong influence on neighbouring Asian countries and vice-versa.

Through blogging, I’ve met quite a few bloggers from India. For this post I had a chat with these lovely bloggers to find out more about India and why they proudly call India home – and asked if India is really a part of Asia.

In terms of geographic location, India rubs shoulders and shares similar surrounds with other Asian countries. One can argue that India is a part of the ‘Asian continent landmass’, part of the East Asian and South East Asian regions. Being in the same location often entails sharing the same place, same space, sharing borders and being one together.

Philosophy writer Rajagopal from Graleview poetically describes India as being marked by mountain and sea: ‘Bounded by the Great Himalayas in the north, it stretches southwards and at the Tropic of Cancer, tapers off into the Indian Ocean between the Bay of Bengal on the east and the Arabian Sea on the west.’

Lifestyle blogger Somali over at Life11 reckons most Indians see India as a part of Asia. Learning about geography at school, Somali describes India’s place in this world, ‘We (Indians) think of countries bordering Bangladesh (e.g. Myanmar) and moving eastwards and down, as falling under South East Asia.’

Notably, India has its own tectonic plate called the Indian Plate. That leads to the argument India is its own continent. Some 140 million years ago the supercontinent Gondwana split up into different plates, one of these plates being the Indian Plate.

Researchers at MIT found this Indian Plate gradually drifted northwards past the equator. 10 million years later it collided with the Eurasian plate which comprises the UK and South East Asian region. As such, India is arguably a continent (has its own plate) and sub-continent (joined with other places). 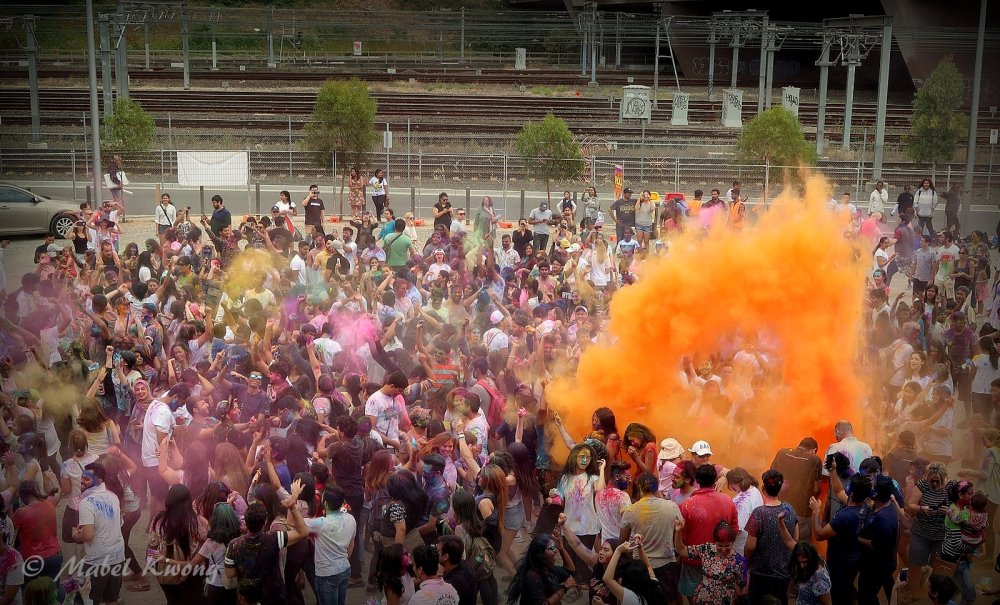 Economic trade transcends borders. As early as 3000 BC, India has been a hub in the Maritime Silk Road and a major spice trade centre.

According to the Asia Power Index, today India is ranked as a major power with vast economic resources in the Asian region. India is a peak trading hub, considered a part of Asia’s shared economy. New Delhi is Singapore’s second largest trading partner in the ASEAN group and in 2018 there were lower tariffs under a free trade agreement.

Alongside a shared economy, there are numerous shared cultural traits between India and neighbouring Asian countries. In Chinese, Japanese and Korean cultures, listening to one’s elders is esteemed and togetherness over individuality is valued.

Many communities in India share these sentiments: arranged marriages, family consent, large family gatherings are still the norm. Hinduism and Buddhism are followed throughout India and Asia. Festivals such as Diwali and Thaipusam are celebrated all over the region as well. 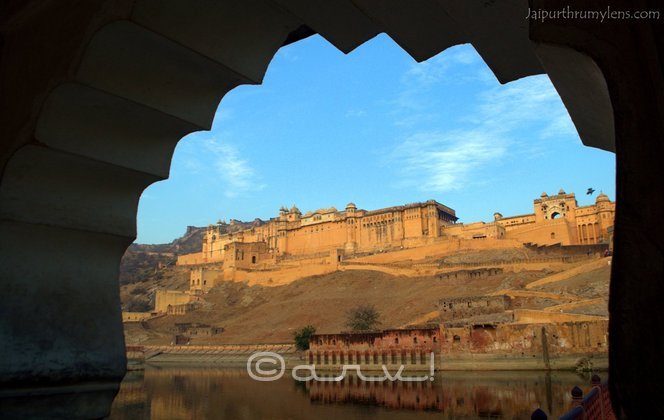 When asked to describe India, philosophy writer and author Nihar from Makeup and Breakup sums it up as, ‘Family, food and festival…the moment I think about India. It is the country where relationships are love of family that matters more than anything, the country where cuisine culture is an art and the country where festivals are celebrated throughout the year.’

Similarly, photographer Arv over at JaipurThruMyLens thinks India is undoubtedly a part of Asia. He feels, ‘Unlike the west, where material possessions are paramount, in India like other Asian countries, people and relationships matter the most.’

Photographer Sreejith from Santiago the Shepherd adds, ‘More than the similarities in physical features, the real connection is culture and tradition. We could very well relate to the family values, parent-child relations, joint family structure of people of other Asian countries.’ 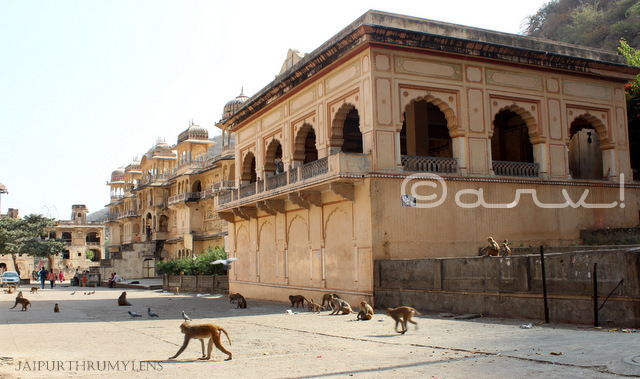 Tourism and notable landmarks can make a country memorable and stand out. This can leave impressions on travellers and people around the world.

India is a tourist hotspot, attracting over 10 million foreign visitors in 2017. Former teacher and author Balroop Singh over at Emotional Shadows describes India’s surrounds, ‘Tourism puts India at the top of the world, as it offers incredible beauty – the magnificence of the Himalayas in the north, the grandeur of the Thar desert in the west, the spectacular backwaters of Kerala in the south.’

Stereotypes tend to create certain impressions of a country. Cultural stereotypes seemingly segregates India from the rest of Asia. Arv points out his state of Jaipur could improve on cleanliness and traffic – Jaipur might lose points in a national cleanliness ranking amidst absence of urban maintenance funds.

Things are changing on the political front: Narenda Modi was elected Prime Minister in a 2014 historic election based on hope and promise of inclusive politics. That said, there are still not enough jobs created. 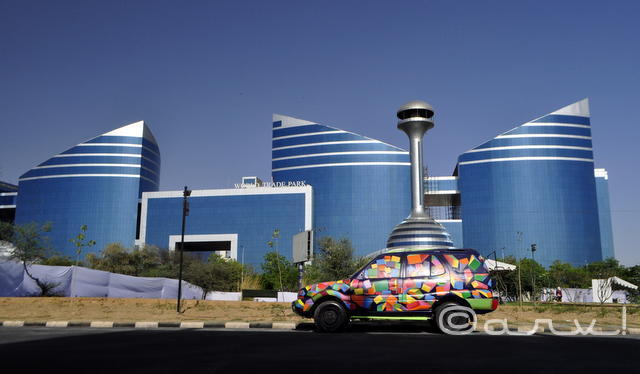 In 2012 India’s Planning Commission found 29.8% of India’s 1.2 billion people live below the poverty line. On the other hand, a recent Brookings Institution report found India no longer has the most people facing extreme poverty in the world – 5% of the population now live in extreme poverty.

As such, it’s not hard to see how India comes across as backwards and less developed compared to metropolises within Singapore, Japan and South Korea.

When asked how others perceive India, HR professional Parul from Happiness and Food mentions while there are many snake charmers in India, that doesn’t make India a land of snake charmers. Talking about the 2008 movie Slumdog Millionaire, she says, ‘Though the movie made millions it showed India in a very bad light. Yes there are slums in India but then the movie extrapolated a lot.’

On people’s opinions of India, Sreejith offers, ‘It’s largely based on their exposure to the world around. Most of the people whom I interact consider India is very much part of Asia.’

Are Indians considered non-Asian because of their usually dark skin? Fair skin is usually associated with those living in the developed West and darker skin with developing countries including the Middle-East and African regions.

Skin colour doesn’t necessarily define your heritage or where we come from. In the era of debating colourlines, identities are fluid and the spectrum of skin colour is incredibly wide.

Some Indians possess darker skin tones while other Indians possess the fairer-skin-gene SLC24A5, a gene some Europeans possess too. Notably, fair skin and skin whitening products have long been popular in India. At the end of the day, Indians recognise and talk about their differences. Somali suggests we should be cautious about talking about colour and diversity:

‘Mostly different Indian communities get along well. There are jokes about different communities, which are commonly shared and generally people don’t seem to mind those. Nowadays, (we) should refrain from jokes targeted towards a particular community as however harmless these may seem, such jokes may perpetuate bias against a community.’

India is constantly changing and becoming more progressive. The southwestern state of Kerala is an example. Kerala lies high in the Human Development Index (HDI). It has a high literacy rate, low infant mortality and India’s first transgender school. Rajagopal proudly states his hometown Kerala ‘serves as a model for the rest of India’.

Having relocated to Bangalore, Parul observes, ‘In bigger cities, the life is so fast that there is no time to find out how your neighbour is. Now when I go back home, I feel that it has changed. (Some) people who made my hometown a home are no longer around. There is change and there is also no change.’

Somali’s hometown is Delhi and she shifted base to Mumbai almost 25 years ago. She adds, ‘Every year or two, when I go to Delhi, it appears alien to me as I feel it has changed a lot, in terms of structures, layout and traffic.’ 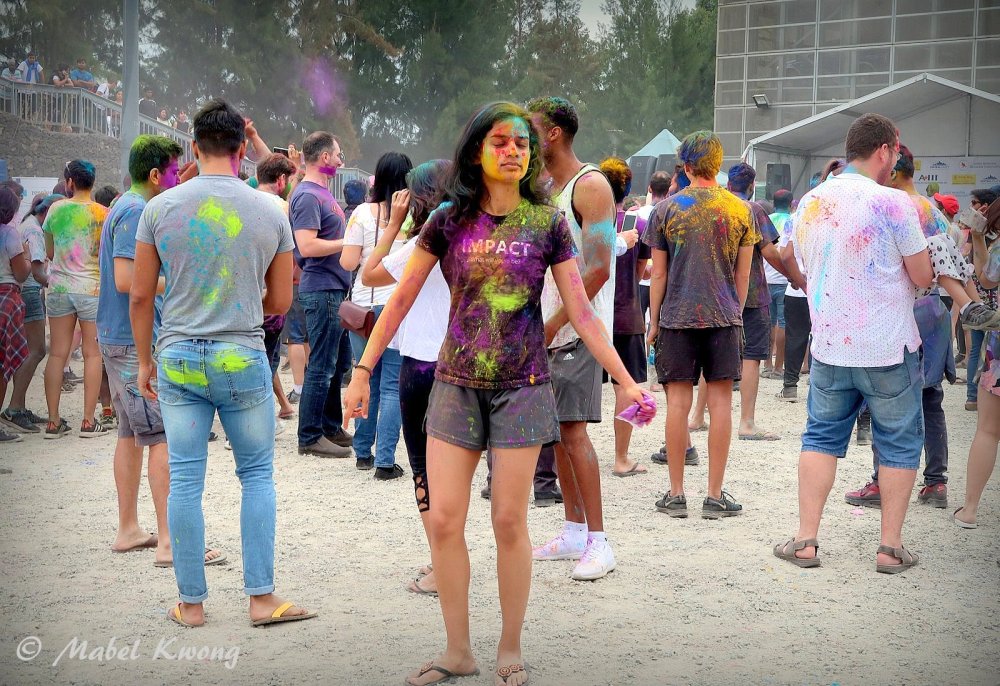 Today’s generation will lead the way in the years to come. Over 400 million millennials in India are increasingly tech-savvy, turning to the Internet to make a living and becoming part of a rising middle class.

Interestingly enough, many of India’s younger generation are still respectful and proud of long-held cultures. For instance, these days arranged marriages and non-arranged marriages co-exist. Indian youths are keen on eating both traditional and modern Indian cuisines.

Balroop sums it up, ‘Generation Z is more open minded, tolerant and focused. They do follow the main traditions but are daring enough to question what seems illogical to them.’

Time will tell if India will develop a sustainable economy and be one of the world’s most liveable places.

What is quite certain is that for many Indians, India is indeed a part of Asia, and Asia a part of India.

What comes to mind when you think of India?