Fact: There is a lack of Asian faces in Australian mainstream media. 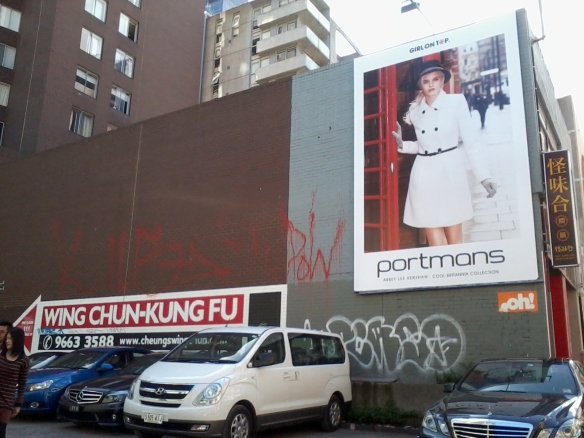 Given Australia’s ever growing Asian population, it would be expected for Asian faces and representations to be constantly featured in local media, showcasing the true make-up and diversity of Australia to the public and the rest of the world.

However, flip on prime-time commercial television or tune in to one of the top-rating radio stations and almost too often you will see and hear predominantly Anglo-Saxon faces, characters, voices, opinions and stories.

Recently, I contributed a two-part series to The Risky Shift – a UK-based online publication providing commentary and academic analysis on international politics and social affairs – titled “The Troubling Lack of Asian Faces in Australian Media”, investigating why this is so.

The first part looks at how McDonalds Australia’s recent Australia Day media campaign exemplifies this phenomenon and looks at the reasons behind the general exclusion of Asians in Australian media.

The second part acknowledges the fact that there are positive portrayals of people of Asian descent in the media Down Under but argues that these depictions neither perpetuate multiculturalism nor encourage us to understand the traditions, values and perspectives of our Asian counterparts.

In short, the series proposes that racism is an emphatic reason as to why Asians are seldom featured in Australian mainstream media.

It also suggests that the presence of Asians in Australian media usually does not appease the “white media palate” of local media audiences, the majority of whom are Caucasian-Australians.

The piece also briefly touches upon the benefits of positive Asian representations in the media. For instance, family-friendly Asian-Australian personalities in Australian media can undoubtedly function as role models for young Asian-Australians to look up to.

9 thoughts on “Asians In Australian Media. Or Rather, The Lack Thereof”