No doubt Australia has a strong love affair with coffee. Melbourne has time and time again been voted as having the best coffee in the world. In 2017, the quest to find the best coffee roaster in the world was held in Melbourne. Coffee is a favourite non-alcoholic beverage for many Australians among most age brackets, even more popular than tea.

Some of us love coffee | Lens-Artists Photo Challenge #7: Everyday Moments.

Although I’ve lived in Australia for half my life, I don’t drink coffee. Certainly I’m no where near a coffee connoisseur and my tastebuds aren’t fined tuned to suss out the finest of coffees and Arabica beans.

It’s not that I hate the taste of coffee; I actually like it. However a few sips of coffee (be it a strong or weak blend) leaves me jittery and shaky with a headache and also I much rather avoid stimulants.

Ironically during the first couple of years of moving back to Australia, I consumed coffee daily. I would have a strong cappuccino in the morning in between classes. When catching up with friends, I’d usually order a mild single-shot latte. As I realised my body didn’t like the effects of coffee no matter how much or how little full-strength or decaffeinated coffee I drank, I eventually stopped drinking coffee.

Coffee is something we drink indoors and outdoors.

Coffee culture in Australia has its origins in European immigration. Rumour has it Captain Cook and the First Fleet sipped on coffee sailing their way to Oz shores in the 1700s. In the 1930s and after WWII, Italian and Greek migrants brought espresso with them and opened coffee shops around the cities. In 1985, Australia arguably invented the ‘flat white’ courtesy of Australian barista Alan Preston, out-muscling New Zealand for this mantle.

Today coffee is often the go-to drink for countless occasions in Australia. If you’re visiting Australia, you might want to take note of how Australians drink coffee and perhaps drink along as well.

Drinking coffee is often silently and unanimously regarded as a social affair in Australia. Be it a quick work-related catchup with colleagues or catching up with a friend, coffee is usually the drink of choice. The moment you sit down at a café or restaurant and get handed a menu, ‘Can I get you a coffee?’ is usually what the wait staff would ask you. Since I don’t drink coffee, these days in response I ask for tap water….and wonder if the wait staff are disappointed in my request for a free drink especially if their establishment prides itself on impressing with coffee.

‘Want to go get coffee?’ and ‘Want a coffee?’ are some ways of asking someone out, be it for a casual catchup or for a date to get to know someone better. It’s not unusual for many in Australia to just order a coffee or two at a café and chat the hours away, not ordering much else perhaps aside from an overpriced muffin or slice of cake. 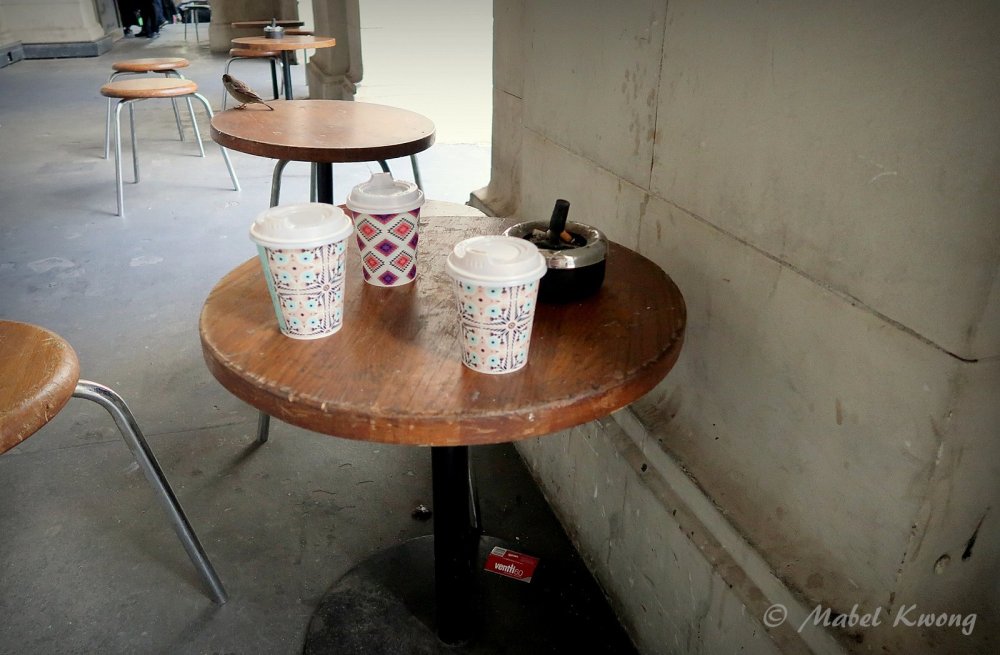 Coffee breaks at work is pretty much a standard affair here. The 2015 Square Australian Coffee Report revealed 9.30am is the peak time for office workers in Melbourne to grab a coffee, while it’s 8am for those in Sydney. According to Nespresso and Galaxy Research, it takes around 11 minutes to get a decent-tasting coffee around work and 81% of Australians feel coffee breaks facilitate better communication between colleagues. Many see coffee as a way to wake up and stay awake at work throughout the day (think having a coffee with smokes or a drink of coke) – just part of local work culture, translating to a better working environment.

A coffee a day can add up, coins and calories.

Like how many whiskey lovers see whiskey as the water to life, many coffee drinkers in Australia see coffee as the fuel for life. Australia is ranked at 42nd in the world for coffee consumption at 3kg per capita with Finland coming in 1st. McCrindle research surveyed 1,000 Australians over 18 and found three quarters have at least one cup of coffee per day; those who order a medium coffee most days spend around $1522 on coffee a year.

Many I’ve met in Australia drink at least one cup of coffee per day, maybe two or more if they feel like they are struggling to get through the day. My colleagues find it incredulous that I don’t drink coffee, sleep at midnight, come to work before 8am and still manage to pull my weight at work. It seems I can function like a well-oiled machine without coffee.

Latte. Cappucino. Flat white. Espresso. Long black. Short black. Chai latte. Mocha latte. This Australian coffee decoder chart explains what these coffees are. In short, there’s quite a variety of coffees served in Australia – some cups are a shot of espresso mixed with water whereas others tend to be milk-based (which are more popular among Australians and quite the opposite of preferred coffee in America). Notably Australians can be very picky ordering coffee, some going as far as requesting their coffee to be made with a double shot and made ‘not too hot’ or else their day might get ruined.

When I first moved back to Melbourne from South-East Asia, these coffee names confused me and I only knew what a cappuccino was – it seems to be the choice of coffee drink marketed all around Asia. While many iced-coffees in Asia are served in plastic bags, all kinds of takeaway coffee in Australia comes in a paper cup which is much more convenient to carry around. 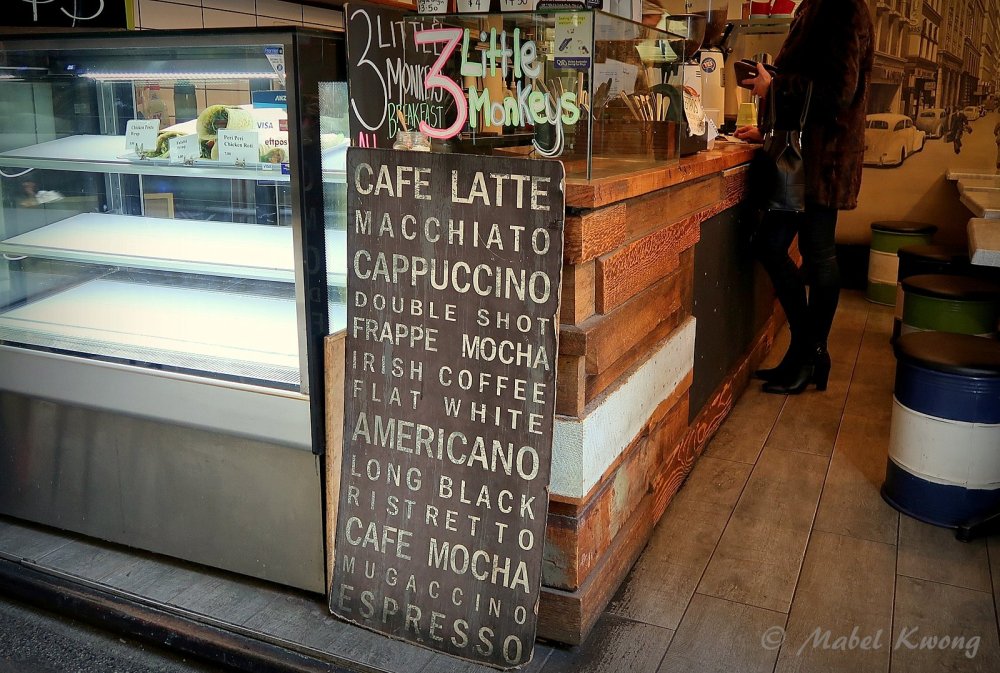 Over the last decade, drinking coffee in Australia has become a more adventurous affair and a kind of luxurious experience. It’s not only about drinking to feel more awake but also drinking to appreciate the finer taste of coffee regardless the price that comes with it. Australians are gravitating towards higher quality coffee beans with baristas familiar with the grade of their coffee and where it’s grown – making coffee with passion. Strong Vietnamese coffee with sweet condensed milk, Turkish sludge-like coffee and Civet cat-poop coffee are some coffee varieties making the rounds in Australia in recent years.

Interestingly enough, Starbucks didn’t crack the Australian market: it closed 60 stores around the country, and some reckon this was due to the chain’s branding (American brand, Australians should like, not the case) while others feel Australians are loyal towards local coffee standards. For instance in Melbourne, Market Lane Coffee, Seven Seeds, St Ali and Proud Mary are regarded as boutique cafes offering top coffee roasters – offering different brewing techniques, championing cold brews, pour overs and imported in-season coffee beans.

Each time I’ve been to these cafes in Melbourne for brunch, there’s always a queue. The most I’ve ever waited was about fifteen minutes with a friend in the rain for a table for two. Each time she ordered a coffee from these places, she raved about it.

Nitro Cold Brew that looks like a beer at Starbucks Australia

Coffee lovers in Australia are also keen on making their own cuppa at home, and not just any instant coffee drink that takes two minutes. The average person in Australia might enrol in a professional barista courses to learn how to use their thousand dollar home coffee machine and make a good brew. Cafes such as Market Lane sell coffee beans by the kilo and anyone can try recreating a gourmet cuppa at home which in turn fuels the speciality coffee culture market here.

It might not be that well-known but Australia grows its own coffee. The south east of Queensland and south of New South Wales host coffee plantations, and the coffee produced is generally low in caffeine with sweet and nutty flavours. Though a lack of arable land is proving challenging for this niche industry, there is enthusiastic passion for the coffee making process and serving it. Moreover, social-venture cafes (notably a current buzzword…) serving coffee are on the rise around Australia – sustainable ventures providing pathways for the disadvantaged while whetting the nation’s appetite for caffeine. 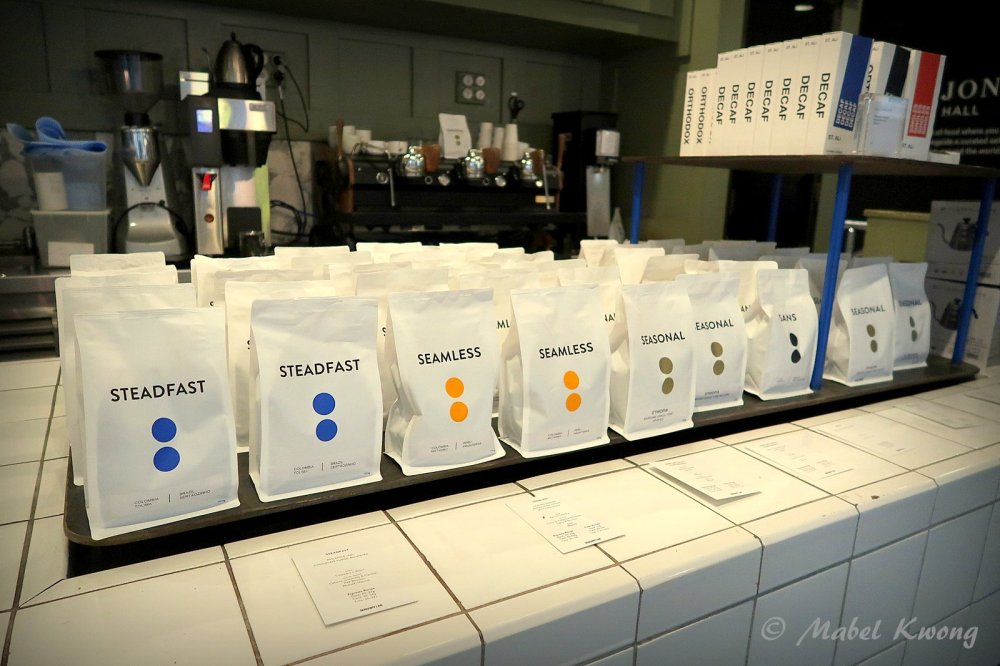 There are commonly stereotypes surrounding coffee drinking in Australia. These stereotypes can signify a certain social status or certain roles we may aspire to. On one hand, buying a cup of coffee may not necessarily be cheap in Australia ($2 a cup coffees from 7-11 will always be the exception and some of my friends have said it really isn’t bad coffee). If you can afford a cup of coffee or two in Australia every day, chances are you’re getting by in life – perhaps you’re a corporate show pony caught up in the vicious cycles of the corporate world and need coffee after coffee to meet your deadlines.

On the other hand, the label hipster is often ascribed to those who are picky about the taste of their coffee – those either loving a flat white or a not-your-average customised coffee. (In Melbourne a hipster is often seen as someone who is rather broke but has upperclass tastes and still able to afford them). From this perspective, coffee is almost like a fashion accessory and statement: if you drink coffee, you’re a part of a certain group with certain tastes. At the end of the day, labels are labels and the Australian way of drinking coffee is about drinking coffee we like. As Drift Away Coffee sums it up:

‘Australia, however, doesn’t have a signature coffee drink. Instead, drinking coffee in Australia is characterized by an attitude, rather than a beverage.’

A good coffee takes time and passion to make.

No matter where we are in the world, there’s two sides to drinking coffee: drinking coffee to feel good in the short term and the questionable effects this has in the future. For some of us, coffee is a way to make us feel better, feel more awake and alert. Or feel better in that it that it’s a pick-me-up treat given we love the taste of coffee.

For some of us, we might find ourselves depending on coffee to get on with our lives and feel good which can turn into a bit of an addiction (for me a bit of coffee is already an overdose). In the long run it might be hard to cut back, like how it’s hard to quit smoking or stick to a new diet. Moreover, the more coffees we have, the more calories and sugars we consume. That said, observational studies have found coffee drinkers were less likely to die from injuries, diabetes, heart disease and stroke – but these lower risks were not attributed to caffeine consumption directly. 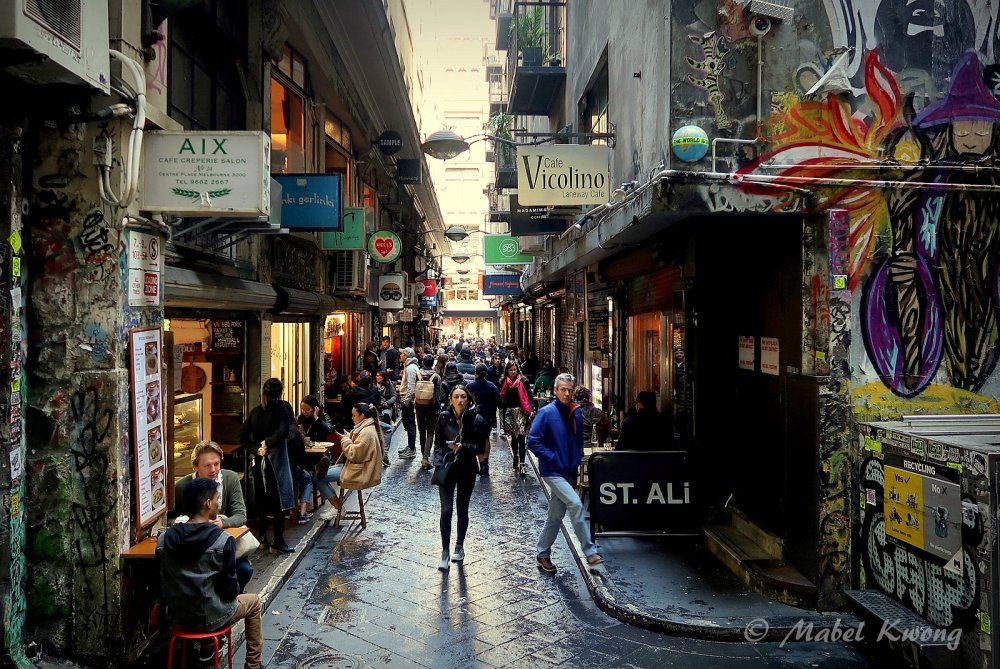 Even though it was a gradual process, weaning myself off coffee was hard. I genuinely like the taste of coffee (much prefer it over tea but tea is another post for another day…). It was nice drinking something other than plain water; coffee has added minimal nutritional value over water due to the variety of ingredient composition (milk consists of calcium and potassium, coffee beans are a source of antioxidants).

But I guess coffee and me were not meant to be. And I’m okay with that.

225 thoughts on “Australia’s Coffee Culture: How We Drink Coffee”