Home. It sounds like a simple word to define. But it’s a word that has layers and layers of meanings.

For many migrants, third culture kids, parachute families, expats, travellers, interracial couples, refugees, asylum seekers, Asian Australians, Asian Americans, African communities, Indian diaporas and really anyone who has moved around or hangs around different cultural groups, home can be hard to define. Home can be more than one place.

Home is a place and all that space around us.

All my life, home has been ambiguous to me. Relocating numerous times around Australia, Singapore and Malaysia as a kid, it felt like I never stayed in a place long enough to feel a sense of connection with anything and anyone around me. Whenever I felt settled in one place, it was time to pack up, say goodbyes and move again. Growing up I felt every bit the oddball in search of someplace to feel at ‘home’, and the meaning of home.

Home is about the both the tangible and intangible. The Oxford Dictionary defines home as the place where one lives permanently. Audience reception researcher David Morley argues that the home and homeland may not necessarily be a physical place. Philosopher Vincent Decombes proposes home is when one is at ease with the people whom they share their lives with. According to cultural theorist Stuart Hall, for many migrants and descendants of migrants, there is no going ‘home’.

Home is about geography and location, that place where we spent considerable time and perhaps keep returning to. It could be a house or ‘hometown’ where we grew up. The place where we were born. That college dorm. That house we’re living in right now. According to environmental psychologist Susan Clayton, an individual’s house is part of their self-definition; personalisation happens behind the front door. What makes a place feels like home compared to anywhere else is the familiar and what’s within it that speaks to us: the furniture that reflects our style, that path leading home that we can count on, all kinds of familiar surroundings.

For many on the move, it’s not uncommon to feel a sense of ‘in-betweeness’ in the midst of passing through different places. Throughout my time living in Singapore, I was constantly surrounded everywhere by chatter in Chinese, which I never fully understood. For most part I felt out of place, but my classmates were always kind enough to speak some English to make me feel included. This didn’t stop me from knowing my way around Singapore fairly well, though, hanging out at coffee shops and malls that tickled my fancy to pass the time. 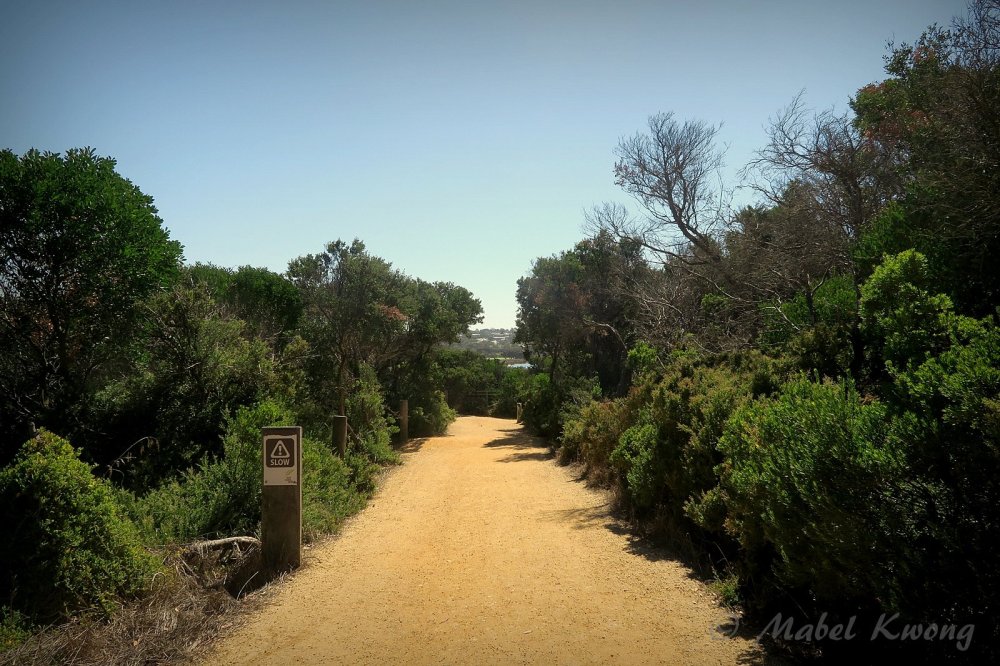 Finding our way home can feel like an eternal struggle.

More broadly speaking, a home may be a place that we connect with and touches the deepest sentiments within. Or it can be a mindset where we feel most at ease. It could be a quiet, reflective walk by the beach. Celebrating a birthday in a foreign part of the world, feeling empowered. Eating yummy dumplings in Chinatown that leaves us hankering for more because they taste so much like the ones we ate a long time ago.

As such, a home is a space where we feel physically, emotionally, mentally and spiritually content. As behavioural scientist Winnifred Gallagher wrote, feeling at home ‘comes from an intimate relationship between us and our most personal place’.

Home is that space where we feel things are certain and in control, things as we want them to be, emotions in check. Drawing on his study on the homeless and those sleeping rough, social researcher Cameron Parsell argues home is a desired way of living. Similarly, research scientist Maria Vittoria Guiliani argues the feeling of home stems from having some ability to exercise control in a space.

When a space is in our control, we feel we can do what we want, when we want without watching our back. Everyone is entitled to their own opinion, and their opinion is not what I have to agree and live with. 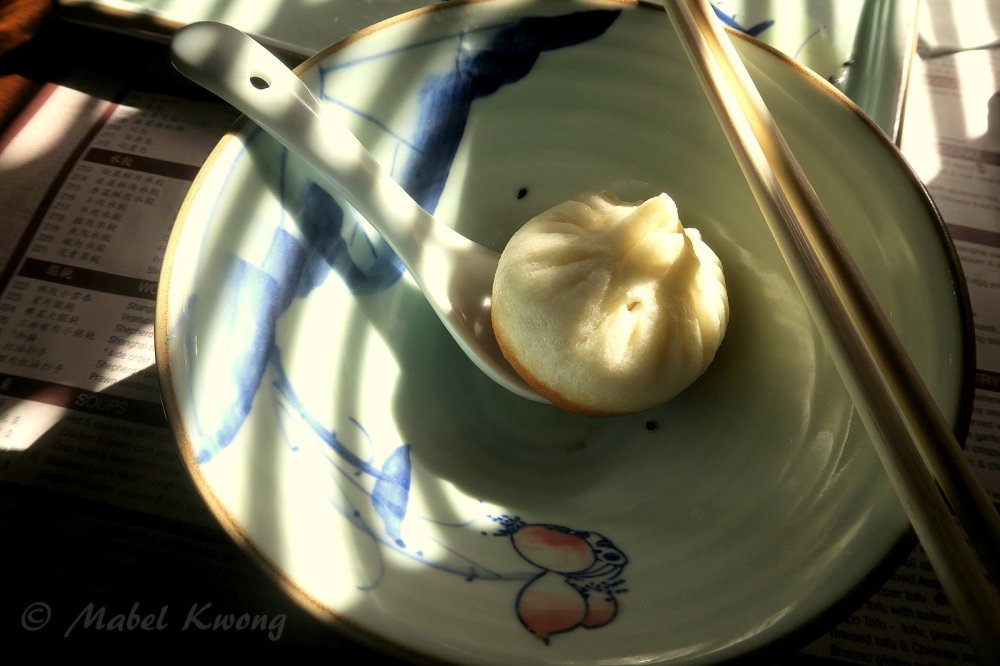 Home lies in the everyday things that we share.

4.   A plethora of relationships

Sometimes in a given arena, those around us makes us feel most at ease, most happy, most content, most like ourselves. It could be those who have got our back even when we are being ridiculous. Those who pump us up with false positivity when we are down. Someone whom we call our partner in crime.

As philosopher Ágnes Heller said, going home means going to ‘where we feel safe and where our emotional relationships are at the most intense’. Many migrants experience what post-colonial theorist Homi K. Bhabha calls the ‘third space’, a space where one assumes hybrid identities (emergence of new identities amidst personal cultural conflicts) in order to both assimilate in the ‘new’ land and connect with the ‘homeland’ – identities stemming from a flux of connections over time.

Home is what we used to know, where we were previously. Home is a temporal construct, what has been, what we have left behind and what will never be once again – only to be relived in our minds. In general for some of us that could be the wild pub crawl nights during our university days. That relationship that seemed so perfect but was not meant to be.

Historian Benedict Anderson coined the term ‘imagined communities’ which suggests members share a mutual connection though they might not be geographically close. For many global citizens, remembering the past in the present through the subtlest of ways is a means to relive nostalgic times – one never truly getting over ‘homesickness’ so to speak.

These days eating sub-par dim sum occasionally in Chinatown here in Australia reminds me of the times in Malaysia where I ate much better dim sum practically every week at roadside restaurants  and loved it. These days the occasional 30’C day in Melbourne transports me back to the endless humid days in Singapore where I cooled off with iced sugarcane juice and tropical breezes blowing all round.

Comfort. Security. Warmth. Refuge. Togetherness. Solitude. Relaxed. Peace. Belonging. Acceptance. Love. These are typical words and feelings we come to think of when we speak of home.

Home lies in what we’ve always known, and what we feel in the present.

Not all of us will feel like we have some place or space to call home. Not all of us will feel at home all the time. A questionnaire commissioned by the BBC found social classes (e.g. established working class, mobile middle class, emerging affluent class, middle class which is what most Australians identify with) exists today, and hence cultural divisions too.  For those of us on the move or are part of a minority in a given place, it can be hard to feel settled especially when we feel culturally out of place.

Home. It’s about finding a connection with a place as much as it’s about belonging and feeling accepted in that space.

‘Going home’ after a day at work is one thing. ‘Feeling home’ is another thing altogether.

Home is a changing place, space and emotions within.

Living in Australia, aside from the racist remarks I mentioned earlier, many like to ask me out of curiosity, ‘Where are you from?’. It’s a question I’d rather not hear and don’t have an honest answer to. It’s a question that makes me pause and think about where I fit in, bringing to mind culturally out-of-place instances like I’ve described earlier, reminding me how so often I feel too Asian to be Australian, too Australian to be Asian.

Is a place and space a home when you feel a part of it but others around you think you shouldn’t be a part of it? It can be. In line with acceptance, home is about wanting to see yourself in others, and wanting others to see themselves in you.

For migrants, expats and anyone who feels ‘in-between’, at times we need to assimilate to feel more settled. That can involve assuming a new identity like speaking another language or eating foreign food or even changing your name. In the process of settling in and calling somewhere a home, it’s not something we might feel comfortable with and we might feel like we’re playing pretend. And so there can be the eternal struggle to feel settled. As I wrote in a previous post, there’s no such thing as the perfect home:

‘Home is like a jigsaw puzzle that you can’t put together because you don’t have all the pieces. “Home” is the world and the world is our oyster.’

Home is where we are and what we feel in the moment.

Home. It’s about where we are going, dreaming moving towards something, someplace, someone, while enjoying the now, enjoying what and who we’ve got.

It’s an arena where we can fall back on and remind ourselves that simplicity is what matters.

What does ‘home’ mean to you?

249 thoughts on “What Does Home Mean And Feel Like For A Third Culture Kid?”