Race and ethnicity are terms used to group and categorise people.

While these two terms are often used interchangeably and have similar overlapping ideals, they have distinct meanings.

At some point in our lives, we might get asked, ‘Where are you from?’. Or ‘What is your ethnic background? What is your race?’

That’s when we might realise each word can be hard to define and understand.

Race is often associated with physical traits, features and attributes. Someone’s race is usually defined based on unconscious first looks and impressions.

In other words, race relates to the way we look, associated with skin colour, eyes, hair, facial structure, height and clothes that we wear.

From a biological and anthropological perspective, archaeologist William Haviland argues race is ‘defined as a subspecies, or a population of a species differing geographically, morphologically, or genetically from other populations of the same species.’

Similarly, author Raj S. Bhopal mentioned race in the biological sciences is ‘one of the divisions of humankind based on physical characteristics’.

Commonly, race refers to a particular population or group of people who look a certain way. It is categorised in broad terms such as white, black, Asian, European, African, Hispanic, Indian and Middle Eastern.

From a young age, as a Chinese-Australian I realised people look different from each other. When I was five and in preschool in Australia, two of my Western classmates took turns picking teammates for their basketball team during PE class. White kid after white kid with fair hair were picked…until there was me with yellow skin, dark-brown-hair, shorter than everyone else, standing alone waiting to be picked.

Race has also been proposed as a social construct and there might be only one biological race. In a research article on human genetics published in 2013, four scientists hypothesised ‘there is not a single absolute genetic difference, meaning no single variant where all Africans have one variant and all Europeans another one.’

For a decade the Humane Genome Project mapped genes and sequenced human DNA collected across different continents and suggested there is actually significantly less genes than thought. Human beings are 99.9% similar in their genetic makeup and similar at molecular level. One the other hand, this argument has always been debatable with scientists uncovering that each of us have different copies of genes.

Race and ethnicity are more complex than they sound.

Ethnicity is often defined as the common cultural traits and identities shared by a group of people. These traits include customs practiced, languages spoken, religions adopted and where our ancestors lived are some markers of ethnicity.

Author Donald L. Horowitz argues ethnicity is a concept that ‘embraces groups differentiated by color, language, and religion’. Anthropologist Steve Fenton proposes ethnicity is ‘a group which fundamentally shares cultural values…a membership which identifies itself and identifiable by others’.

We might identify with a certain ethnicity or feel part of an ethnic group when we relate to the values, mannerisms and cultural practices shared by others in the group. People of similar ethnicity may find they relate to where they’ve been, where they’re from and what they’ve experienced.

These days both race and ethnicity are seen beyond their traditional meanings – and like race, ethnicity is also seen as a social construct. Ethnic identities and categories can be time and context specific; changing factors can redefine ethnicity over time and different ethnic groups sit along different social hierarchies.

For example, practices of a cultural group, their languages spoken and dress sense can change over time. These changes can be attributed to assimilation or invention and adoption of new practices and tastes as ethnic groups go about their lives personally and professionally.

Philosopher Naomi Zack argues no single gene determines a person’s race in the context of biological sciences research and ‘a changing idea and system of behavior that human beings invent and reinvent about themselves and others’.

It has also been suggested in the US that racial categories ‘no longer exist…due to later policy changes, people from these groups began to be accepted into the wider “white” race’.

In other words, ‘race’ and ‘ethnic’ are constantly changing, fluid concepts. Racial and ethnic identities are also perceived differently by each individual.

Sometimes we feel like we don’t belong to a certain racial or ethnic group.

When I went to an international primary school in Malaysia, half of my classmates were Chinese, Malay and Indian Malaysians and the other half westerners from the US, Britain and Australia. Being part of a class of kids with different physical features and speech patterns was normal for us and most of us got along. Learning was our common goal.

Here I realised although some of us are from the same ethnic group, we might feel worlds apart. There were times when I got a taste of white privilege. During recess, my Malaysian classmates went, ‘I want to hang out with Mabel. Because she’s Australian. She has such white skin’.

Part of me felt amused (I didn’t see the sun a lot living in Melbourne before moving to Asia). Part of me felt flattered (popular!). But all of me felt too white to be Asian, too Asian to be white.

Consequently hierarchical tensions and racism manifest alongside different racial and ethnic groups. Some groups or individuals will be regarded as part of a minority in a given space. Accordingly, sociologist Louis Wirth defines a minority group as ‘any group of people who, because of their physical or cultural characteristics, are singled out from the others in the society in which they live for differential and unequal treatment’. 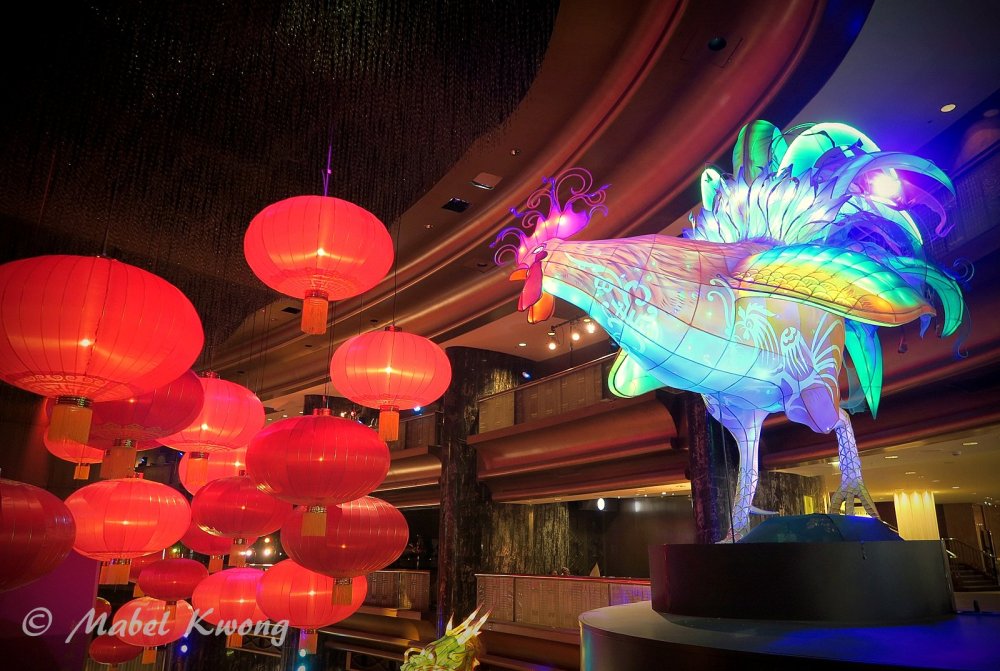 Where we belong, sometimes that’s unknown.

Not everyone fits a stereotype

Certain racial and ethnic identities might be more common in a given place and time. This can be due to geographical movements in history and changing cultural practices over time.

Charles Darwin proposed the Theory of Evolution and suggested species develop through ‘natural selection of small, inherited variations to compete, survive and reproduce’. Thomas Huxley coined the term Darwinism in April 1860, a term frequently used to describe a natural kind of physical change.

Despite the heated debates against this theory, evolution of genes – and hence evolution of race and ethnicities – can happen in the most mysterious of ways. In recent years scientists discovered ‘orphan genes’ aren’t duplicated from existing genes and despite further gene sequencing experimentation, these orphans didn’t return to a particular gene family. 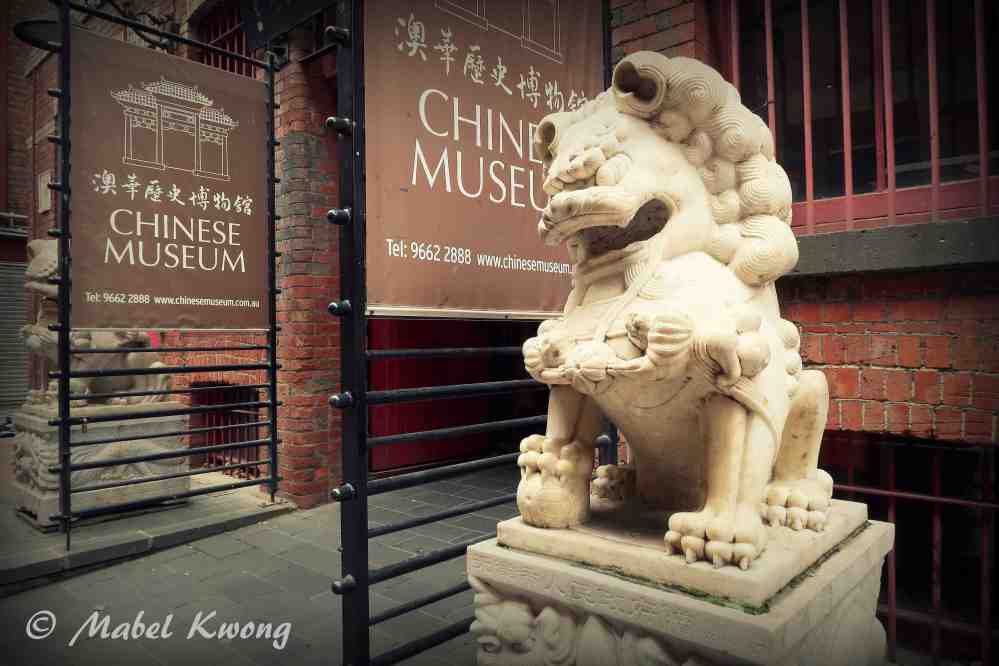 In Australia, the landscape of race and ethnicity has always been an evolving one. The British colonised Australia in the 1700s and 1800s and convicts from Europe were resettled here. The White Australia Policy and Immigration Restriction Act were adopted in the 1900s, restricting ‘non-white’ immigration. The policy was gradually abolished in 1973 and subsequently, migration increased. Today, Indigenous Australians are regarded as the First Peoples of Australia.

According to the 2016 Census, 26% of Australians are born overseas with England, New Zealand, China and Philippines topping the overseas-born countries. 33.5% Australians identified their ancestry as ‘Australian’ and 36.1% ‘English’.

What it means to be Australian has changed over the years. ‘Australian’ is a nationality but also encompasses myriad races and ethnicities.

In this culturally diverse world, one might feel caught in between different racial and ethnic groups.

For instance, one might not have the stereotypical features of a certain racial group yet are born into a family of that particular ‘race’ – think someone who has parents of two different ancestries. One might not fit stereotypical ethnic traits and don’t feel like they belong to a particular ethnic group.

Quite often I’ve never felt entirely Chinese. I didn’t have typical silky straight hair my Chinese classmates all had. I don’t speak Mandarin fluently. I also don’t entirely feel entirely Australian as I don’t always identify with Western values – too Asian to be Western.

The other weekday I was grocery shopping at Coles. The store was peak-hour packed, and I was trying to make my way down the spice-rack aisle. Someone with dark hair was looking at the spices, blocking my way. Two blonde-haired girls much taller than us stood next to us, looked at us. They looked at each other and one of them said, ‘Those Asians are in the way.’

And they both laughed.

I looked at them. They were engrossed in laughing. I looked back at the dark-haired girl. She was gone. I looked behind me. No one was behind me. With what sounded like condescending laughter ringing in my ears, I moved through the emptiness.

How do you define race and ethnicity?

223 thoughts on “What Is The Difference Between Race And Ethnicity?”