‘I love you’. Just three words. But three words some typical Asians like those of Chinese heritage find hard to say out loud when it comes to dating and romantic relationships.

There’s this common stereotype: Asians are reserved about expressing romantic sentiments towards each other. In a progressive world where traditional and modern perspectives collide, sometimes this is still true, and sometimes not.

Love is colourful as much as it is complex | Weekly Photo Challenge: Dense.

There are different degrees of love, physical and emotional. Different ways of expressing romantic love during different moments – depending on our personality, the ways we are actually comfortable expressing it and what we believe in.

Providing by way of giving and protecting is commonly how stereotypical Asians show love. Love involves practicality, and a touch of materiality to impress: building up comfortable surrounds by providing food on the table, a roof over heads and clothes on the back. While the One Child Policy in China has been phased out, it has resulted in many more males than females in the country. Many Chinese men are inclined to save and own flashy cars and prime accommodation to catch the eye of potential, highly sought after female companions and settle down, in a time where hierarchical Asian family values still exist.

For stereotypical Asians, saying I love you entails being physically apart, geographically distant. A lack of physical presence doesn’t mean a lack of presence in a relationship. Research from the University of New York shows Chinese couples frequently ‘live apart together’ in long distance relationships: frequently a parent works outstation where the dough is to raise a parachute family and younger couples willingly live apart to give each other space.

Arguably then in Chinese culture, actions speak louder than words when it comes to expressing emotions deep from the heart. In Chinese culture, telling someone ‘I love you’ face-to-face often comes across as too harsh, too confronting, too full on. Saying ‘wǒ ài nǐ (我爱你) / I love you’ in Mandarin or ‘ngo ngoi nei / I want you’ in Cantonese sounds awkward and feels embarrassing. According to this study by Michigan State University, historically and even today, many Chinese were raised and disciplined with negative language by stern parents; not wholly conditioned to warm towards affection but more reticent to verbalising it than Western Americans. When you can’t speak love, what’s left to do is to show it.

Though I’ve never heard my Chinese-Malaysian parents say ‘I love you’ to each other, I’ve never had a problem with anyone saying the phrase to each other. I’m not that liberal with the phrase out loud myself. Probably nothing to do with how I was brought up.

And so love is a feeling for many typical Asians, and the essence of ‘I love you’ starts off with an emotional connection, less so physical affection. During the Mao era in the mid 20th century, sex was seen as a tool for procreation, sexless military dress-sense advocated and adultery punished in the midst of women becoming victims of sexual violence. Today discipline is still common in conservative (Confucian) Chinese families: conventional order of family is highly valued while sex education is swept under the rug, and passionate physical intimacy and public display of affection are seen as immoral.

However, more and more younger generation Asians are engaging in sex and one night stands for enjoyment. There are more sex shops in Beijing than in New York. It might not be talked about in the open, but love is physical as much as it’s emotional for the more open-minded among us today.

With different degrees of love comes different definitions of love, different kinds of relationships and different wants out of relationships. You can always experiment with physical affection to make that kind of love work. But when it comes to emotional attachment, you can’t help but feel how you really feel. And that is special as it is through this untamed emotional feeling that we truly connect with each other and take ‘I love you’ to a deeper level. That’s not to say an emotional connection or a friendship can’t develop over time whilst getting physical with each other. It’s possible, but maybe more of a gamble. 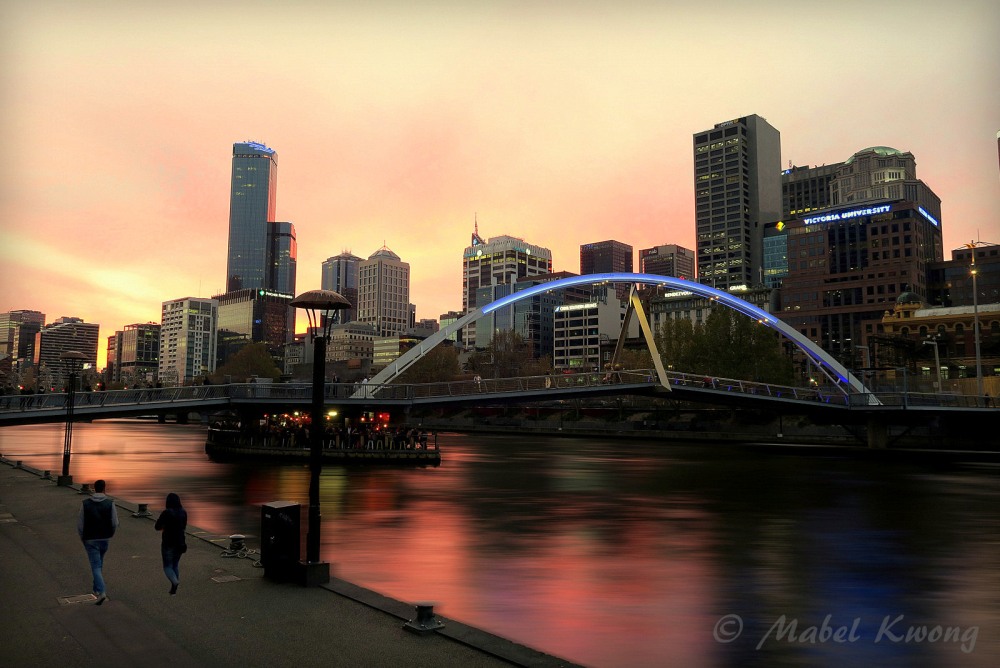 Sometimes it’s hard to tell if someone loves you as the person whom you are. It’s one thing to say to someone you love them, and another to show you’re not just lusting after them. Sometimes after a few dates with Western male expats, Chinese girls start talking about marriage and planning their futures with them. Unless you feel you’ve met the love of your life, it’s confronting to have intimate conversations with a stranger.

This begs the question: what is love? Love is complex. Love is the big things together like lavish candle-lit dinners, holiday getaways, jewellery gifts. Love is the small things together like taking out the garbage, sitting together after a long day. Love is the unspoken routines between each other, and the petty disagreements too. Love is what it is when we agree, and more so when we disagree with each other and move along together. Each relationship is different; saying I love you is different in each relationship.

In this modern multicultural world, there are heterosexual couples, mixed race couples, varying age-gap couples, same-sex couples, long distance couples, and so on. While there are up-and-coming LGBTIQ+ scenes in places like Taipei, same-sex love is still characterised by invisibility in most of Asia where traditional society norms dominate the status quo. For some Asians, saying ‘I love you’ is a private affair more than ever and consequently, love and ‘I love you’ knows no boundaries. As Oscar Wilde said on truly loving someone:

‘You don’t love someone for their looks, or their clothes, or for their fancy car, but because they sing a song only you can hear.’

More times than I can count, guys wink at me in the middle of conversations, in social circles and especially at the many corporate offices where I’ve worked. A wink is silent, an ever-guessing message. It could be a sexually suggestive sign, flirting, a greeting, an affirmation, a sign of sexism, a combination of it all, anything. Not that I mind being winked at. Not even coming from those who have some degree of yellow-fever. Doesn’t make me uncomfortable; some winks turned into meals together and good company.

In general, you can date multiple people at once before committing to a committed relationship with someone. For many younger generations Asians today, love and saying ‘I love you’ is a fluid game. Dating shows in China attract millions of viewers, shows where women make demands from potential male suitors and men taking their picks from bevies of girls to find their match. Dating apps such as Tinder, QQ, Momo and Tandan give one the possibility of finding their match or a ‘quickie’ literally right now in China.

But if it’s two people just dating each other at the same time, it arguably feels all the more special. Just the two of you. Just for each other.

The smallest moments between each other speak the loudest love.

It’s the subtle moments between us that matter and knowing true love is more than just a good fuck. Moments like just being ourselves with each other, speaking and acting our minds. Knowing we got each other’s back. As author E.A. Bucchianeri said on presenting each other our deepest sides:

‘Love is supposed to be based on trust, and trust on love, it’s something rare and beautiful when people can confide in each other without fearing what the other person will think.’

Love is a mystery, and love is intimidating as much as it’s amazing. The more you love and the more emotionally attached you are to someone, the harder you’ll fall but the easier it is to say ‘I love you’ in one way or another, no matter where you are from, who you’ve been and who you are right now.

Because you want to.

How do you say ‘I love you’ to that special someone?