As someone who was born in Australia and has lived here for many years, some stereotypes, myths and perceptions about Australians ring true. And some don’t.

Australia is a diverse country, with the outback and city side by side as I wrote in this blog post about the geographic land of Oz itself. Naturally, Australians are a pretty diverse bunch in general, diverse in terms of what they like, the way they choose to live their lives and who they chose to be.

Australia, a land where Australians are all shapes, sizes and personalities | Weekly Photo Challenge: Ambience.

There is the tendency to think of the average, person-next-door Australian like this:

1. Australians love the beaches and are good swimmers

Not all Australians live by the beach since beachside homes all over the country are in the multi-million dollar price-range. Also some Australian beaches are more popular than others – think Bondi Beach and Byron Bay Beach in NSW, always packing a crowd.

Not all of us are keen on swimming in the sea or know how to surf the waves. When there’s a great white shark circling the waters around the coasts of Bondi or Byron Bay, we get out of the water pretty much straight away – because these sharks are literally impossible to outswim.

This might be true if you live in northern Australia where it’s tropical weather all year round. The other summer day here in Melbourne, it was 19’C/66’F and it annoyingly left me with no choice but to wear my winter jacket outside.

3. Drinking is our national pastime

True to an extent given after-work drinks is part of the culture at many workplaces in Australia. Going to the pub for a beer or two is also something Australians like to do on a lazy weekend, or right before a meal out on the town or when watching sport. Also, South Australia boasts some of the world’s finest wine regions such as the Barossa Valley and McLaren Vale. Commonly there’s the misconception that Fosters beer is a popular drink here in Oz, though – it’s not and rather, it’s brewed in the UK today.

Some say sport is a religion in Australia. But of course, some will disagree. There’s only so much sport we can follow. And like. 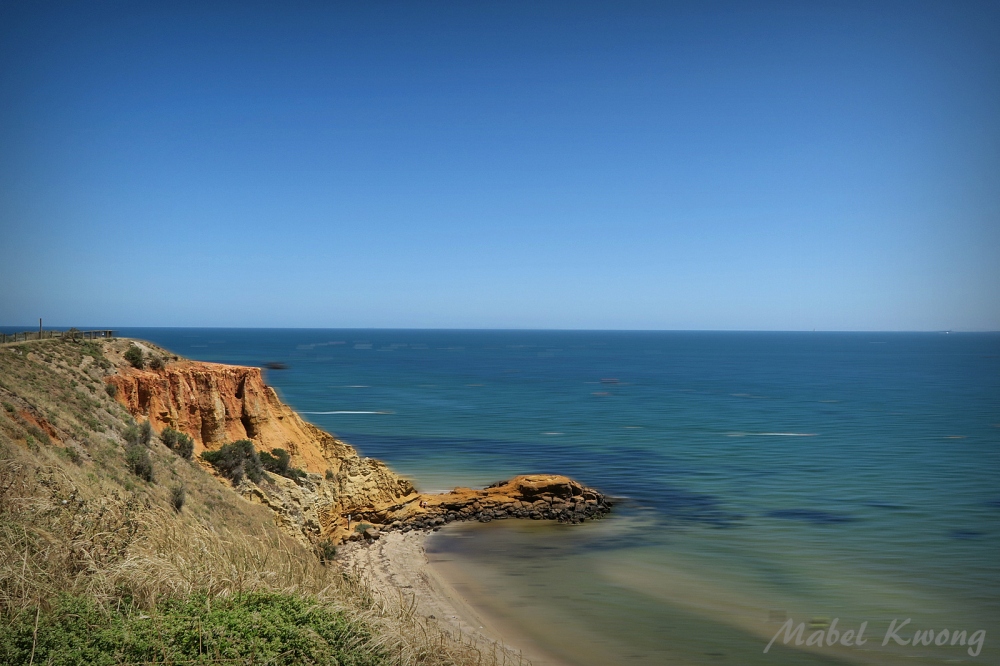 Australians are a bunch that love the sunshine and great outdoors.

5. All Australians are bogans and not that smart

According to the Oxford Dictionary, ‘bogan’ refers to a lower socio-economic Aussie who is uncouth and unsophisticated. More generally speaking, it’s someone who likes flannel shirts, abbreviates their sentences with Aussie-slang, hooning, tattoos, drinking and a love for classic Aussie rock music. Certainly not everyone is a bogan in Australia; different classes of people speak differently, dress differently and have different  interests.

And certainly not all who are classed as bogans are not smart. For all you know they have the sharpest street smarts ever.

Walk down the streets of Melbourne and it’s actually quite common to see person after person wearing black from head to toe, especially in winter – a style that is always seen here as minimalistic and gives off cool vibes. If not black, then grey or beige. But the more cosmopolitan Sydneysiders are not shy about wearing colours be it in a bikini or short shorts or a plunging dress to spring carnivals.

7. All Australians are white. Westerners

Australia was colonised by the British in the 1700s and 1800s and during this time convicts were resettled in Australia. British colonisation undoubtedly left its mark on Australia – Victorian architecture, fish and chips and monarch rule are (Western) markers of Australian society today. British colonisation also displaced Indigenous Australians and their way of life; Aboriginal land was taken over by the colonists on the basis the land belonged to no-one (‘terra nillius’).

Since then, slowly but surely Aboriginal communities and histories are being rediscovered. Various prehistoric Aboriginal sites and languages unearthed over the last few decades, and there is no one single Aboriginal culture. Also today, migration contributes to Australia’s social and economic fabric and a quarter of Australians are born overseas.

Where there is cultural difference, chances are there’ll be cultural misunderstandings. From the Cronulla riots over a decade ago to repeated derogatory slurs on public transport to senator Pauline Hanson attempting to ‘normalise discrimination and anti-immigration’ from the vantage of Oz parliament, some Australians come across as racist both to those at home and on the world stage.

Maybe some of us are racist and we don’t know it.  After all, casual racism is common in Australia, especially in the media where certain ethnicities are cast in certain roles and poked fun at. Then again, some of us do fit the stereotype and sometimes poke fun at our own race all in good humour for a good laugh.

There are also many other stereotypes about Australians: like how we are friendly, relaxed, all about a fair-go – yes when we don’t feel threatened. We like to throw a shrimp on the barbie – yes when the weather is nice enough for a BBQ. Australians are New Zealanders/kiwis and vice-versa – not true at all since New Zealand is a whole other country. That if you look anything but Caucasian then you’re not Australian – not true as well.

Australians also like turning on each other sometimes, arguing til no end in sight.

Over the last couple of decades, notable Australian icons and moments include outback bogan characters in the iconic Aussie film Crocodile Dundee starring Paul Hogan, the beach saturated tourism ad Where The Bloody Hell Are You and daredevil nature expert Steve Irwin. More recently, notable Australian personalities and moments include the acclaimed LGBT-themed comedy film The Adventures of Priscila Queen of the Desert and the TV show The Family Law starring an Asian-Australian family. Australia has come some way in redefining, or rather accepting, Aussie stereotypes, and identity.

Not surprisingly, when it comes to talk about Aussie stereotypes, there comes the question of what really is Australian or at the very least being as Australian as we possibly can. As per the Australian Citizenship Act 2007, there are a number of ways to be Australian – for instance by birth, adoptive parents, doing away with whether or not one fits stereotypical moulds. But if by law we aren’t defined as Aussie, no reason why we can’t share in the Aussie values and be a part of this country that is Oz. You don’t have to fit the stereotype in order to belong to a certain place – that feeling of belonging lies within you, because you feel it and believe in it.

Each of us change as we gain lessons and experiences, changes in terms of identity and personalities. In a country like Australia where multiculturalism is alive and cultural tolerance is coming around, slowly but surely, we are learning to get along a bit more better and see past typical stereotypes. Politics change, people change. And as people change, politics change. Maybe Pauline Hanson isn’t so bad after all, a reality check for us and reminding us of what we don’t want to be today and tomorrow. Or maybe she really is. As Indigenous leader Galarrwuy Yunupingu said on a new day:

Australians. We are multicultural. But no one of us will agree like how the sky and sea always see eye to eye.

On Australia Day last year, me and my friend checked out some celebrations out in the western suburbs. As we queued up for a horse carriage ride, a Caucasian dad flanked by two kids in front of us asked us, “Where are you from?”. After a slight pause both me and my Chinese-Australian friend said Australia. Lifting one of his kids in his arms and without a pause, the dad nodded in reverence and then jovially launched into a story about how he was born and grew up in Bright, London, and how he and the wife decided to move to Australia and now they live here and are Australian. As I watched them get on the horse ride, I thought about how similar and dissimilar we are as Australians.

What stereotypes have you heard about Australians?

268 thoughts on “8 Common Stereotypes And Misconceptions About Australians”