Swearing in Chinese culture is always a colourful affair. Some vulgar, curse words in both Chinese language and Cantonese dialect get straight to the point, while others are more subtle and rather hilarious.

When I was growing up, my parents threatened to slap my palm with a ruler if they heard me uttering a profanity in English (my first language), Chinese or Cantonese. Being the quiet kid that I was, I never did. The years went by and today this is no longer true: I’m not anti-swearing and do swear and curse.

Some of us might find swearing and everything vulgar intimidating, and curse words make us feel small| Weekly Photo Challenge: Look Up.

Swear words are said for certain reasons in certain situations at certain times. Quite a few of them in Chinese and Cantonese may seem confusing at first but breaking them down word by word, they translate into nothing really complicated and the meaning behind them is simple.

Just like swear words in Western culture, swear words in Chinese and Cantonese are often linked to the notion of family and point towards private parts. In both cultures, these phrases are usually used to express displeasure at things not going the way we want. The f-bomb relates to the act of sex, and so does the common Cantonese swear phrase, “Diu na ma / F**k-your-mother” (𨳒那妈).Then there is also “Sei baht por (死八婆) / Die, b***h. Swearing in Chinese culture dates back to the Battle of Ningyuan: Ming Dynasty general Yuan Chong Huan famously led his troops to victory, putting a temporary halt to the Manchu revolt with the famous battle-cry, “F**k his mother! Hit the hard! (掉哪媽！頂硬上)”.

While there are still many in Asia who shy away from anything obscene, swearing here is catching on these days. For instance, the word “Diu (𨳒)”, meaning male genitalia, is used more and more in Hong Kong among the younger generation, especially during street protests. Whenever I visited my grandma in Malaysia, she would tell stories about her annoying neighbours and mention “Diu na sing (𨳒那星) multiple times in reference to them, cackling.

Strong language in Chinese and Cantonese touch on situations – talk of death that is taboo in Asian cultures – that we’d rather not be in, let alone happen. Consequently, some Chinese tip-toe around using foul language; everyday-life-themed euphemisms replace the f-word. The phrases “Zam lei gor sei yan tau” (砧你個死人頭) / Cut off your damn head” and “Pok gai (仆街) / Go die in the street” are said when we’re unhappy with someone’s choices. Whenever my mum suspected I took lollies from the lolly jar in the kitchen (I did) and I denied it, she would say (in Cantonese), “Tell the truth. Or else I’ll cut off your bloody tongue!”.

Some of us might move as far away as possible from swearing, holding on to our values.

Quite a few derogatory terms in Chinese and Cantonese speak of bodily functions that can come across as grotesque when we visualise them. During the Mao era (and even today), it was common for the lower and middle class to sleep, excrete and copulate in closed quarters. As Marta over at Marta Lives In China said, in China generally “people don’t have any taboo about body functions related to the digestive system” and have no shame bringing others down with such language. When Chinese “swear” at someone this way, they usually want to point out ugly character.

At times there is a stigma associated with swearing in Asian cultures, and this can be put down to a few reasons. Those of us who staunchly follow a certain religion might not be too fond of saying or simply thinking about foul language. For many a stereotypical Chinese brought up in a conservative household, purity and kinship are prided upon: when one swears, they are seen to “curse yourself, curse your family” with their impure, perverted mind. In traditional Chinese culture, copulating tends to be acceptable when one is in a committed relationship and unspoken otherwise – naturally the f-bomb and c-bomb referring to getting frisky / nether regions might be hushed by some.

In Chinese culture, expressing emotion is not always admired. Bottling up feelings and getting on with what needs to be done as opposed to complaining and consulting is our mentality. When some Chinese do actually swear, we usually intend on giving others a piece of our mind and proving a point – and in a sense some of us are reserved about swearing compared to how liberally the Western world uses strong language. As comedian Richard Pryor said on voicing thoughts with conviction:

“What I’m saying might be profane, but it’s also profound.” 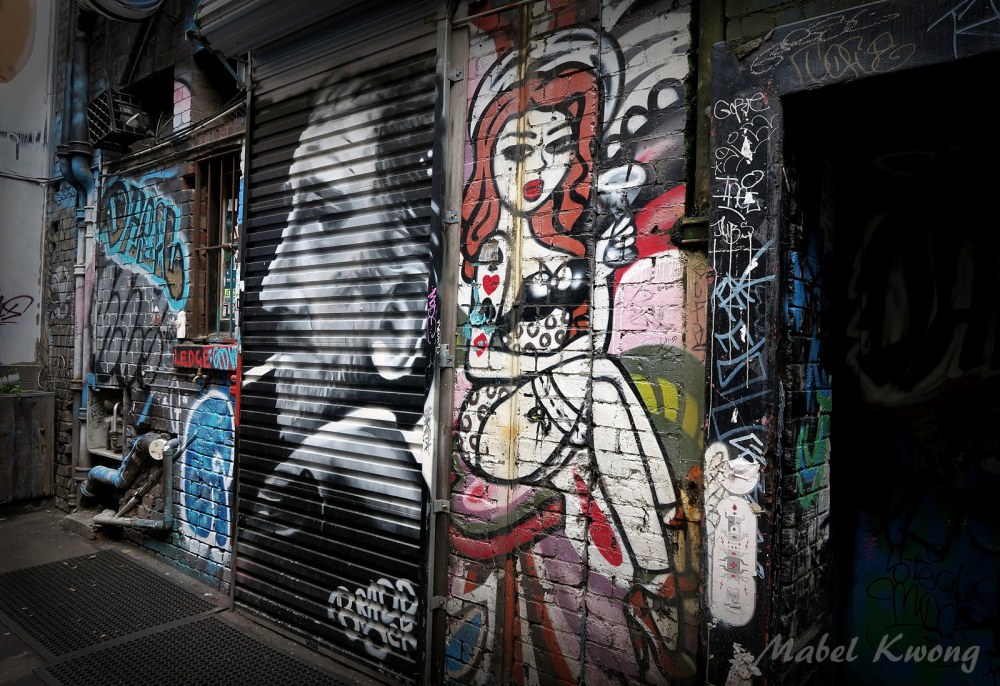 The company we keep may influence our choice of words, and rub off on our personalities.

Sometimes the only words we know of a language might be the swear words, and we might only be comfortable swearing in one language and not another. All in all, swearing draws attention to our cultural and generational differences, and swearing in our language and/or another language can unite us. On choosing moments to use profanities, author James Rozoff offered:

“Vulgarity is like a fine wine: it should only be uncorked on a special occasion, and then only shared with the right group of people.”

While some of us choose not to swear, some of us choose to do so to express ourselves and release emotion. Swearing is common in Australia, and not all swear words mean offense here – that is, swearing and the effect of vulgar language Down Under among different races is contextual.

Some of us swear, some of us don’t. Each to their own.

It’s one thing to swear at others, and another to swear at ourselves be it in our language or another language. Either way, it’s not the end of the world if we let slip a curse word every now and then.

231 thoughts on “Swearing And Cursing In Chinese And Cantonese: The Profanities We Say, And Why”