As an Asian person living in Australia, being Australian has always confused me. It’s something I’ve struggled to put into words. What is “Australian” exactly?

When I was a kid and up until university, I remember my Chinese-Malaysian dad saying to me countless times, “You were born in Australia. So you are Australian.” The older I get and the longer I live in Australia, the more I realise being Australian is more than just having an Australian citizenship certificate in your name.

The longer I live in Australia, the more I notice certain things about Australia and Australians around me. Being Australian is about being laid-back, easy-going with the ‘she’ll be alright’ attitude. Many places where I’ve worked here in the past, I’ve seen my colleagues run out of the door 5pm sharp to live life.

Being Australian means being social. Work hard, play harder. Hanging out with your mates having a beer or a BBQ or watching sport. Or all together. In the warmer months here, sporting grounds and rooftop bars around town are packed.

Being Australian is about being friendly to everyone, giving each other a fair-go. Giving nicknames to each other and being generous.

But although I make a living here and have a supportive group of Australian friends, there are times when I’m made to feel like I’m not Australian. Last year I was called ‘chink’ by a Caucasian guy while walking in the city. A few months ago, I got told condescendingly on the phone at work by a client, “I can’t understand your accent.”

There’s an ugly side to being Australian: racism is, still unfortunately, part of life here, which is (ironically) un-Australian. Racism on public transport. Lack of cultural diversity in commercial media. In encouraging signs, in 2008 the leader of the nation publicly said Sorry to the Indigenous people, the rightful owners of Australian land. Being Australian is about being humble, admitting our shortcomings as we build bridges together. As Indigenous writer Melissa Lucashenko said, Australia is “about mateship and relationships.”

Yes I like kicking back and hanging with friends but no, I don’t speak with the broad Aussie accent, am not a fan of Vegemite, don’t drink and get as much done at work as possible. Being Australian isn’t only about sticking to stereotypes, but also juggling different cultural, social identities. Shattering stereotypes as a nation in a world where we’re all on the move.

And so being Australian means acknowledging that we all come from somewhere, that we’re a nation of migrants.

Being Australian is not just about giving everyone a fair go once and for all, but also celebrating each other’s rights and cultures. Alongside Lunar New Year, Diwali and so many diverse multicultural festivities Down Under is Australia Day. But many of us have mixed feelings about this day, 26 January: some say it isn’t relevant and think of it as Invasion Day. Nevertheless, on this day we all seem proud to stand on Australian soil – we’ve come along way from the days of the White Australia Policy. 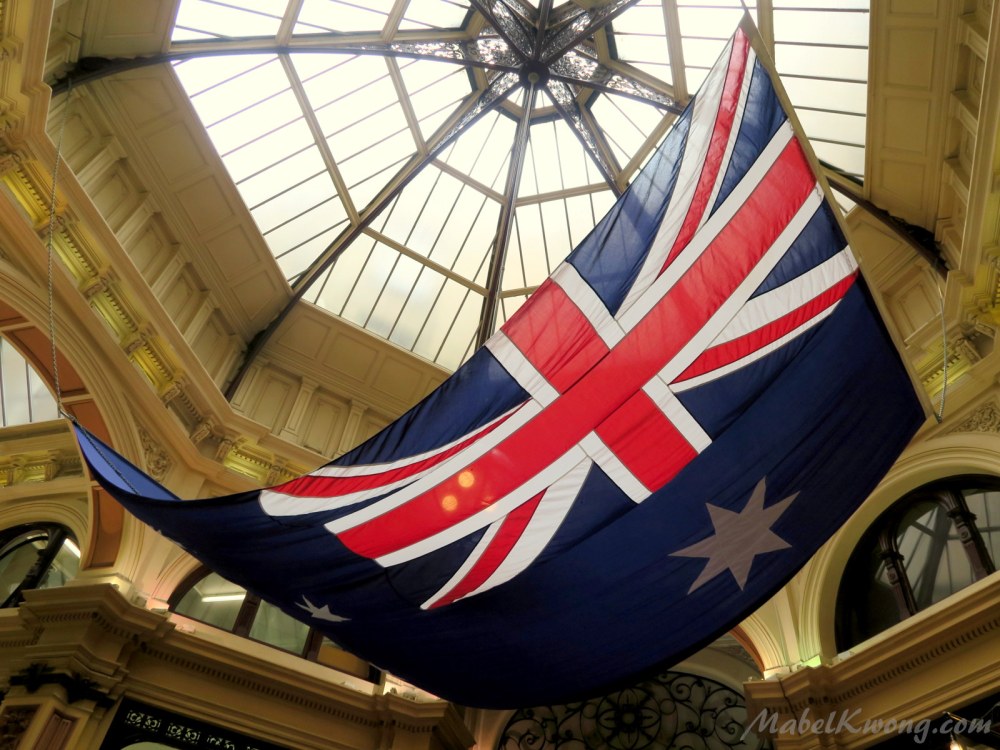 Sometimes being Australian – and finding confidence to be who we are – lies in the smallest of moments. The other warm summer’s morning I looked in the mirror beside my window, bare-faced and about to put some make-up on before going out. My eyes wandered over my reflection. Brown eyes, pale cheeks, three light brown freckles clustered together on the right cheek, flat nose – wait, when did the freckles appear?

I cast my mind back over the last few years. The last few years where I spent quite some time wandering bright yellow sandy beaches with flip flops on my feet. Getting lost wandering Melbourne’s laneways wearing board shorts. Building a life here throughout the spring, summer, autumn, winter days, as the seasons melt into one another.

Being Australian is about accepting change as a nation and within ourselves, being positive as we move along. I look back in the mirror. Don’t know. Maybe they popped up some time ago. I look more typical Australian now…yet very much Chinese. Oh well. What can I do? I left the house, face untouched. Ready for my next adventure.

What it means to be Australian, it’s certainly not written on paper.

What are your impressions of Australia and Australians?

174 thoughts on “What Does It Mean To Be Australian?”