Staying up and going to sleep late at night is something many of us are familiar with. 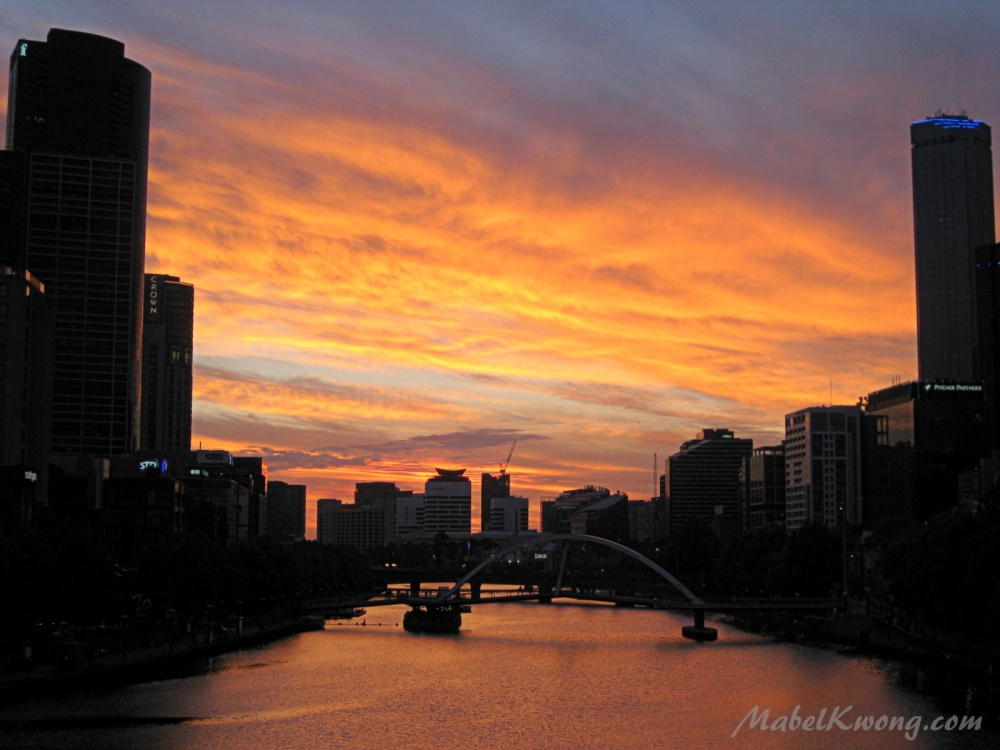 Sunsets are the start of a brand new day for some of us night owls | Weekly Photo Challenge: New.

That is if we are night owls and like sleeping late, and late nights are when we feel the most productive.

Some of us sleep late because night time is our time, time for ourselves. Sometimes it’s the only time of the day where we get to do what we want after a long day’s work and looking out for others. Work takes up my entire day, and it’s only late at night when I get the chance to write.

We stay up late because we feel most alert, most energetic, at night. We’re night owls and function best then. Which could be because of delayed sleep phase syndrome, an out of whack biological clock. There have been nights where I hit the pillow at 10pm – and felt very groggy during the next morning.

Sometimes we feel most at peace late at night – the world speaks to us right then, so we stay up. To some of us, the still air, the quiet of the night feels like magic. The inspiration to write always hits me at this time of the day, another reason I put off sleeping more.

Then again, maybe some of us were taught to stay up late when we were younger and it’s become a habit we can’t shake off. When I was doing high school in Singapore, my Asian classmates complained of “burning the midnight oil”, staying up late mugging for exams – and studious me did just that to keep up with them.

And so sometimes we stay up late because we worry. Back in Singapore I remember tossing and turning in bed countless nights before exams thinking, “Did I memorise the maths formulas correctly?”

It seems people who live in Asia go to bed later than others in the Western world. Shops in many Asian cities don’t close until 10-11pm, but here in Melbourne shopping centres shut at 7pm except on late-night shopping nights (apart from grocery stores). Perhaps some Asians are fond of working longer hours and staying out later, and so turn in later.

Certainly not all Asians are fans of sleeping late. My Chinese Malaysian mum champions sleeping early; she’s usually in bed by 10pm. When I was a kid, she nagged at me in the evenings, “Go to sleep now or else the Sleeping God will go away! Then you can’t sleep!”. I always laughed, thinking she was making this character up to scare me into sleeping. But recently I found out she wasn’t lying: in Chinese culture there is a God of Dreams who appears in dreams and hints of what’s to come in the future.

Dawn of the night. Dawn of a new day.

Some say smarter people stay up late, and some with successful careers get by on little sleep. But of course not all of us are actually like that. There are days at work where I feel physically tired, like the late nights or age are catching up with me. Or it could be bad quality sleep or poor diet. And because of this, sometimes I’m a bit out of it at work.

I am a late night sleeper and sometimes don’t sleep that many hours at night. A few years back I had a colleague at work called Simone. One afternoon Simone said to me point blank, “I don’t know how you do it. I need my eight hours sleep.” Well, neither do I. “You get used to it”, I said, looking up from my computer for a second, then going straight back to furiously typing a memo into the work database. Sleeping late and sleeping few hours, it’s a choice – sometimes we have to, sometimes we want to, sometimes both.

We sleep late and little because we want to get things done. Be productive. And try to make the world a better place.

Do you sleep late?

190 thoughts on “Why Some Of Us Sleep Late At Night. And Sleep Few Hours”