Meat. It’s something millions of Australians love to eat. Chicken, pork, beef, lamb and fish gastronomic delights usually aren’t too far away when we venture outside for food in Australia. Meat, certainly a popular kind of food and dish here.

Meat was a big part of my diet growing up. When I came home from school in Malaysia and Singapore, mum always served a meat dish – think stir fried chicken with oyster sauce, steamed soya sauce fish – with a bowl of rice for my dinner. When we moved back to Melbourne, mum cooked the same variety of dinner.

Most of what we eat comes from beneath the ground that we stand on | Weekly Photo Challenge: Beneath Your Feet.

When I got older and went out more, the more my palate tasted popular Australian meat dishes: bacon on toast for breakfast. Beef pie, sausage roll for lunch. Chicken parma, grilled barramundi and chips, steak for dinner. Consuming meat all round the clock. What do we get out of eating meat?

The other weekday afternoon, my friend and I strode into a small but cozy vegetarian restaurant just outside the city. Tofu red curry was simmering behind the counter, and we both decided to get that for lunch. The waitress spooned the curry into a rectangular shaped bowl, which I figured was about roughly the size of two small soup bowls. Don’t know if that’s enough to fill me up…

Time and time again, chicken has been voted as the most popular and favourite meat among Australians. Priced lower than pork and beef Down Under, the poultry – most of which is domestically grown – is naturally a more affordable eat in an expensive country. The more we eat meat (cooked in a certain way), the more we like it?

Sometimes we eat meat because we like the taste of it. Our tongue and teeth enjoy the sensation of meat in our mouths: the chewiness of a succulent medium-rare steak, the grittiness of a hunk of tender pork, the smoothness of roasted chicken breast. As science has found, the browning that comes with cooking meat, or the Maillard reaction, produces falling-head-over-heels aromas.

Consequently, many of us eat meat because it fills us up nicely, leaving us with a bloated yet satiated kind of feeling in the stomach. After all, meat dishes usually come with hearty sauces and gravies which take time to digest. Then there’s the fact that we eat meat for sustenance: high quality beef gives us iron and chicken high Vitamin B5. 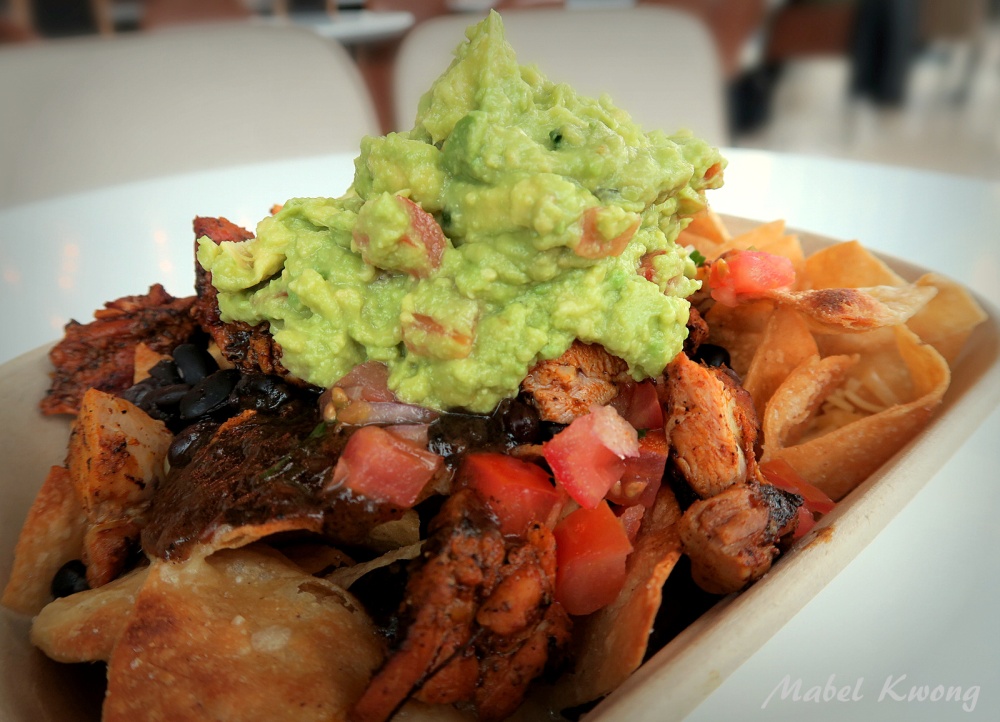 After we paid for our orders and found a table, I dug into my red curry. It was watery, wasn’t spicy but tangy. Just the way I like curry. Wait. What’s this piece of veggie in my bowl? “Potato,” my vegan friend said, looking at the cube-shaped thing I spooned up. Stupid. So silly of me for not knowing as I love potato. Then again, not every day I eat vegetarian.

Eating meat has always been big in my family. Certain meat dishes were put on the table during certain times of the year – eating meat, a treat. When I was a toddler living in Rowville, my parents bought roasted duck for dinner once in a blue moon – duck is expensive in Australia, around $35 per bird. We ate KFC once a year when we were in Malaysia, ordering a 30-piece bucket for dinner right before every Chinese New Year. That was pricey too.

Sometimes we eat meat not only because we are used to it, but because eating meat is part of tradition. Eating meat, rooted in the histories of the past. In Chinese culture, yellow-skinned chicken and fish are symbolic of fidelity and unity, and pork strength – three dishes that have always been on the menu at boisterous yet communal Chinese family and reunion dinners throughout history.

With meat dishes come bits of animal fat and calories, so eating meat in moderation is wise. However, countless times during dinner, dad gestured at the chicken dishes with his chopsticks and said to skinny me, “Eat less rice. Eat more meat”. So some might see it a privilege to eat meat; meat, a marker of status – since we can afford to cook meat, might as well eat have a generous serving and beef up. Then again, vegetarian meals aren’t cheap either. This red curry meal. $7.50. Doesn’t come with a drink. 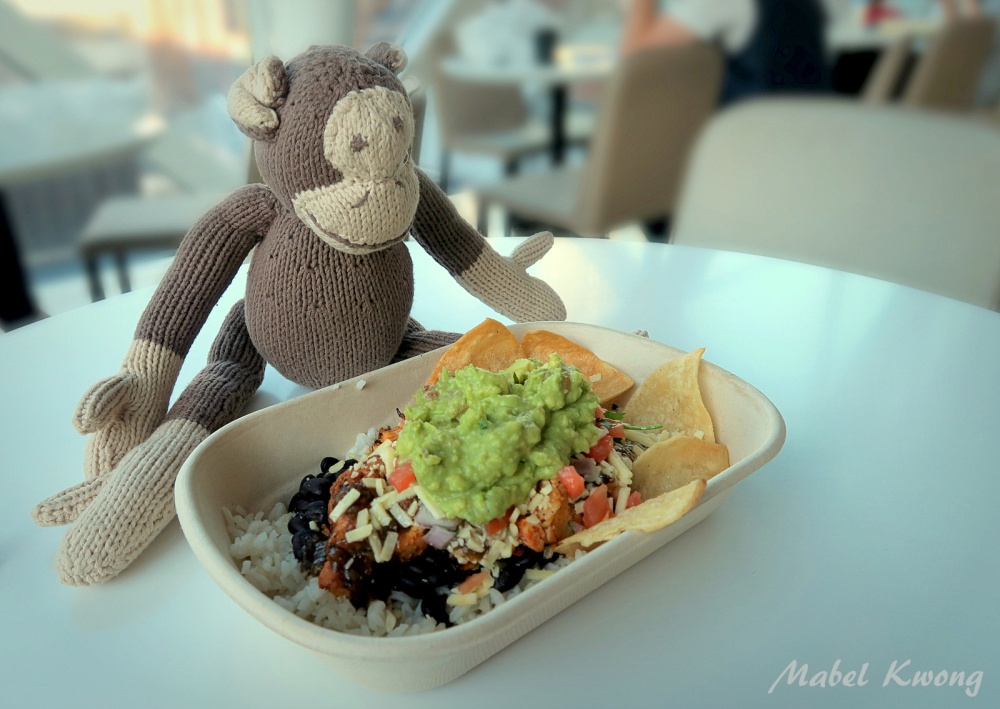 Sometimes we hesitate to eat certain foods because of one reason or another.

We eat some foods and not others, some meats and not others. Not all Australians eat kangaroo, or eat dog or monkey like some do in China. Mention eating koala, most likely Australians will shake their heads in horror. To my mum, the taste of beef is repulsive, and coincidentally the Chinese diet has few red meat dishes. To my mum, Aussie pork smells repugnant compared to Malaysian pork and each time she cooks the former, she marinates it with lemon juice. We all have our personal food preferences, and religion and ethical reasons are why some of us don’t eat meat.

In between mouthfuls of lukewarm curry, I asked my friend her reason for becoming vegetarian. “I saw a documentary on animal slaughter. Terrible what they go through,” she replied, spooning the last bit of curry from her bowl. Righteous. Why kill something of flesh and blood, a beating heart just like ours for food? As Greek historian Lucas Mestrius Plutarch said:

“But for the sake of some little mouthful of flesh we deprive a soul of the sun and light.”

But there’s no forgetting plants are living creatures too, and the exploited labour that often goes behind the journey of getting ingredients from fields to our plates. As spiritual teacher Adi Da Samraj noted, “Everything eaten is killed. Every meal is a sacrifice.” Something died for our meals, something died for the moments we savour a mouth of food, and ironically we die a little inside, and perhaps lose a bit of common sense, when our stomachs grumble and something lives be it animal or plant.

The best meals are the ones made with love.

We eat to live, and in turn eat to live a life we want to live. Eating, more often than not is tied to memory and identity. For some of us, eating meat reminds us of home, eating meat makes us feel at home. We’ve eaten it all our lives. That’s comforting.

Just like when it comes to picking Australia’s national dish, Australia’s favourite meats are up in the air. All of us get cravings and go through eating phases. One day an Aussie might eat a lamb burger, and the next day perhaps a lamb kebab. Or maybe a chargrillled sirloin. Barbequed pork. Skewered honey shrimp. Chicken pie.

I looked down at my bowl. A few pieces of cabbage remained. I put my fork down. Defeated. Feeling full. But not bloated. That was delicious. Probably will be back here for a fourth time. Until then, I’m pretty sure I’ll have oyster sauce chicken.

Do you eat meat? What is a popular meat dish in your country?

210 thoughts on “What Are Some of Australia’s Favourite Meats? And Why We Eat Meat”

Leave a Reply to bambangpriantono - From Indonesia For You Cancel reply