In such a globalised world, it’s common to find cultural festivals on show every now and then around us today. When ethnic festivals pop up in a Western city, words that spring to mind when we think about them include, ‘traditional customs’, ‘diverse cultures’ and ‘multicultural’.

But looking closely at cultural festivals, at times these culturally vibrant shindigs that often attract people of all walks of life in attendance do not wholly perpetuate the ideals of multiculturalism.

The gist of multiculturalism is about interacting and getting along harmoniously with our friends, colleagues and acquaintances of culturally diverse backgrounds and learning to respect the beliefs and customs of our fellow citizens no matter their religion.

I went to the Japan Culture and Art Festival 2012 (JCA) in Melbourne a couple of weeks ago and realised to a certain extent that this is something cultural festivals fail to foster.

I combed the entire festival – spread out over three floors at the North Melbourne Town Hall and a small warehouse nearby – in under an hour. Surprisingly quickly.

Not because there was nothing to see. There was plenty to see but really, there is only so much one can see at a festival. Given that it was extremely crowded and strangers rubbed up against me every few seconds, making it hard to fully engage in an in-depth conversation with a native Japanese person.

At the Japanese festival, food was abundant. Takoyaki and chicken karaage on rice were pre-cooked, lumped into transparent plastic containers. I watched as they went flying into the hands of hungry hordes of people at lunch hour, and the food attendants looked way too busy stowing away cash to have a little chit-chat about the Japan cuisine on offer.

Quite often, those of us attending cultural festivals are encouraged to simply appreciate ethnic cultures, distancing ourselves from actually learning what it means to be someone of another race and comprehending the mindsets of those from different cultural backgrounds.

As per my experience at the Japanese festival with food, we usually hand-over our cash, pick up our order and off we go, squeezing into the throng of people lining up behind us who want exactly what we ordered. And make our way to a quiet corner of the festival to unceremoniously scarf down the food while it’s still fresh.

For the minutes we spend eating foreign food at festivals, we satisfy our cravings for something exotic or the adventurous foodie side of us – reveling in personal pleasure. Do we think about where the food originated? Do we think of the significance of the traditional cuisine we gobble down?

No. We just think about our food as an entity.

It’s somewhat the same with the numerous handicrafts on display at cultural festivals. For many of us, our eyes instantly peel open when they come to rest upon kitschy or wooden figurines. At the Japanese festival, I was absolutely enthralled by miniature Japanese rabbit dolls made out kimono-material. So much so that my friend had to push me to go look at the other crafts.

We constantly ooh and aah over such adorable-looking inanimate exhibits at festivals, all the while debating whether or not we should take one home and perhaps secretly wonder how they would be like if they were to come alive.

And so it’s fair to say many of us usually become enormously engrossed or caught up in tasting or admiring (foreign) ethnic objects on display up until the point we disregard the cultural nuances and stories behind them. 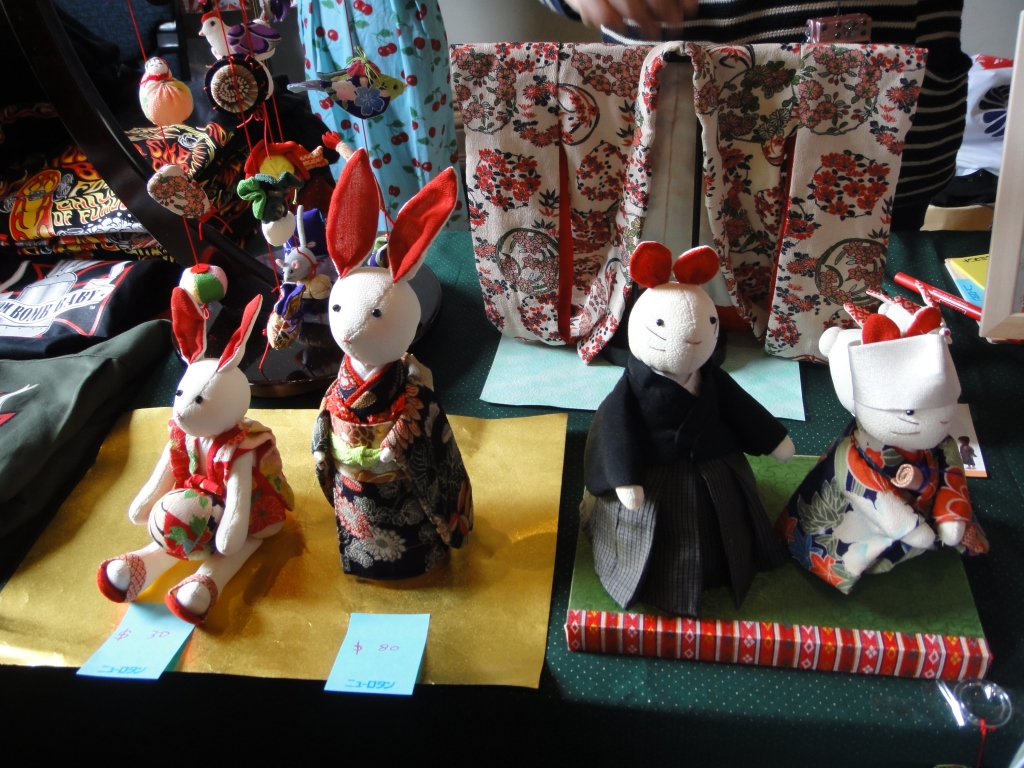 There is usually an array of cultural activities we can partake in at cultural festivals, but many of us constantly participate in isolation despite being surrounded or joined by a ton of people.

For instance, when we take part in a traditional cultural game at a fiesta, most of the time we are focused making individual progress within the activity – ignoring those around us yet again.

At the Japanese festival, the old and young had their heads bowed over pieces of papers with paintbrushes in hand, vainly attempting to perfect their Japanese ink painting skills in silence. No room for chatting with the drawing instructor and learning how this art form, sumi-e, has evolved over the years.

People of all races trying their hand at Japanese ink painting. All hard at work on their own. Photo by Sue Chen.

It’s also not uncommon for many cultural festivals to be prominently entwined with a pop-culture twinge and exhibit mass-appealing displays, forcing important historical milestones and significant events in various cultures that make them what they are today to take a backseat.

It’s the norm at these festivals to showcase and sell an assortment of jewelry and accessories, personal decorative items to beautify ourselves. Who doesn’t like dressing up? Don’t’ we feel the slightest bit excited when we see a Pikachu emblazoned T-shirt?

But sadly, unless there are jewelry-making or T-shirt making sessions where we have the opportunity to mingle with someone of another race skilled at making such commodities at festivals, we are inclined to just fawn over popular items that strike a chord with us.

Pokemon and manga drawing. Looks very interesting. Pikachu looks so cute, it’s so tempting to recreate him on paper. Photo by Sue Chen.

Truth be told, that’s not to say cultural festivals don’t perpetuate even the teensiest facet of multiculturalism. Admiring ethnic artifacts or even having the decent guts to sample foreign cuisine that looks like something the cat chewed and spat out screams one is enthusiastically acknowledging diverse cultures are a part of our society.

Which sort of means some of us adopt a positive attitude towards other races in our community. And it’s better than turning a blind eye to diversity that is so prevalent everywhere today.

It’s worth noting language-learning and travel booths are a common sight at cultural festivals. Indeed, there was a booth teaching kanji and one teaching ‘Easy Japanese Conversation’ and offering advice on places to visit in Japan at the Japanese festival, but unfortunately the latter was tucked away in a warehouse hidden from most of the other booths and activities.

Such stalls – and others alike at other festivals – encourage us to travel abroad to different lands, immersing ourselves first-hand in a new culture. Engaging one-on-one with people who don’t speak the same language and brought up with contrasting customs compared to us.

You’ll also see many people of different races who know each other congregating together and sharing a laugh or two about something amusing or entertaining they saw.

But whether or not those who don’t usually interact with other cultures walk away from cultural festivals feeling a smidge more amicable towards other ethnicities remains to be seen.